Oregon struggled in a massive game against LSU on Saturday, and the Pac-12 didn't look great overall. This is all Oregon State's fault.

On the surface, a casual observer may look at the Pac-12's weekend and think, "not bad!" But boy would you be wrong. The Pac-12 had a chance to open the season on the right foot, but struggled to put away bad teams while leaving the national media wondering what is going on over in Larry Scott's new playhouse.

While Stanford rolled, Oregon fumbled and USC stumbled. The end result was a Pac-12 landscape that looks like the Sahara, with a little a drunk-looking tree and a beard full of a hope serving as an oasis off in the distance. Keep calm and carry on, Pac-12 bros.

Here's a look back at all the fun.

LSU 40, Oregon 27. The game of the week didn't quite live up to its billing as Les Miles proved, once again, that he is a mad genius. After polishing off the Ducks, Miles walked into the media room, complimented the decor, misspelled geaux, and then rambled on about demons and whatnot.

Perhaps it was Miles' crazy exterior that allowed him to come up with a way to bring the Ducks' potent offense to a screeching halt. His voodoo magic kept Oregon under 100 yards rushing as a team, with an average of just 3.4 yards per carry. When Darron Thomas has to throw 54 times, something has gone horribly, horribly wrong.

USC 19, Minnesota 17. USC found the end zone three times. You might be wondering why the Trojans put up just 19 points, then. This should explain it.

Ah, yes. It's fall in Los Angeles and the two-point conversion is back again. After two strikes, head coach Lane Kiffin decided to quit tempting fate while proving USC does, in fact, have a kicker.

Robert Woods, by the way, caught a school-record 17 passes for 177 yards and all three of the Trojans touchdowns. If Jerry Kill's warriors had just decided to cover him at some point, perhaps they would've won.*

Houston 38, UCLA 34. This wasn't a fair matchup. After all, Case Keenum has been in college for about 12 years at this point, and possesses body parts held together by steel, titanium and hope. He is the Terminator of college quarterbacks, and he took the flamethrower to UCLA.

In shocking news, UCLA quarterback Kevin Prince was hurt for what feels like the millionth time in his college career. Not only did he sustain a concussion, which is just another tally for him, but he also sprained his shoulder. We've got the head and shoulders part out of the way, all that's left is the knees and toes.

Washington State 64, Idaho State 21. This may not seem like a big deal; an FBS team pasting an FCS team usually isn't. But let's remember we're talking about Washington State here. The Cougars needed a late comeback to beat Montana State last season, and have been historically bad during the Paul Wulff era. Yet here we are, in a world where the Cougars have one of the better wins of the weekend.

But make no bones about it: Idaho State is bad. For example, this happened during the first quarter. 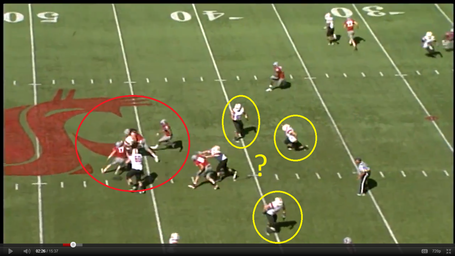 That's three lost linemen, three Washington State defenders on top of the quarterback and exactly one blocker still engaged. This was not a good team.

And yet, even as the Cougars rolled to a 43-point win, they still found a way to get field goal kicked in the nuts. Quarterback Jeff Tuel lasted all of six plays, breaking his left clavicle while scrambling on his fifth play of the season before finishing the drive. Washington State fans are eying duct tape and a sling while thinking, "well, maybe" right now.

Sacrament State 29, Oregon State 28. Let's be honest here: How many of you thought Washington State would be the Pac-12 team to embarrass the conference by losing to an FCS team? Then again, this shouldn't come as a surprise: Mike Riley's teams always start slow, but this was probably the worst start imaginable. It was stumbling out of the blocks, being pants-ed by a track worker, then tearing an ACL while falling to the ground.

But the score doesn't do this game justice in the least. Riley reinstated suspended players for this game. I'll say that one more time: Mike Riley postponed the suspensions of Castro Masaniai, Joe Lopez and Connor Hamlett because he needed depth at a few positions. So what's worse: Being suspended as the Beavers fall to an FCS team or having to play in said game?

California 36, Fresno State 21. Fresno State scored first, then Cal answered by scoring three times in quick succession. This pattern continued, with Fresno State scoring in the second quarter, and Cal rattling off the next three scores of the game. It was a bit odd to see, in fact. At least the Bulldogs got the last word of the game with a fourth quarter touchdown.

Also nice to see the Pac-12 special teams units looking like they just rolled out of bed with a wicked hangover. Cal had its first PAT of the day blocked, then gave it the old college try again three minutes later, only to see attempt No. 2 stuffed. Maybe this was why Kiffin went for two early.

The offense wasn't exactly stellar, either. Chris Polk got his 100 yards, but Keith Price left something to be desired in the passing game. Yes, Price threw for three touchdowns, but with just 102 yards to his name and an average of 4.1 yards per completion, the Washington quarterback earned this week's Master of the Checkdown award. Bill Connelly also points out Washington managed just 2.5 yards per attempt by Price. These things are not good.

Arizona 41, Northern Arizona 10. Nick Foles completed 34 of 42 passes for 412 yards and five touchdowns. Seems like a great half of work against a clearly over-matched team. What's that you say? Foles played the entire game? This further confirms two things: Mike Stoops is a dick and the Wildcats are taking their Sunshine for Heisman campaign very seriously. 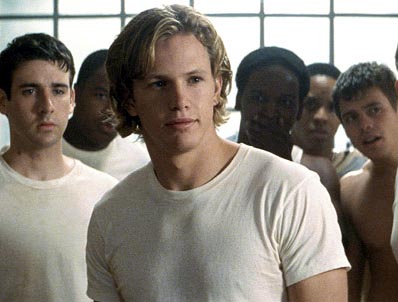 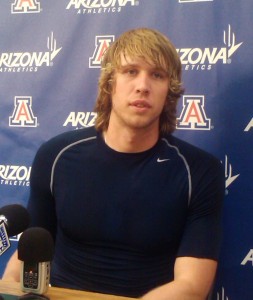 Can't wait til he has a bad game, allowing me to use, "Why the clouds, Sunshine?"

Arizona State 48, UC Davis 14. It was pick on the smaller California schools week this week. Oregon State didn't get the memo, apparently.

Hawaii 34, Colorado 17. Welcome to the Pac-12, Colorado. You know those running quarterbacks like Hawaii's Bryant Moniz? You won't have to worry about them here ... Just kidding, you're so screwed.

Utah 27, Montana State 10. Utah had the honors of being the first Pac-12 team to ever win again, and kind of set the tone for the whole weekend. There were no style points here, though the Utes aren't nearly as feeble as the scoreline suggest. With a 24-7 halftime lead, Utah pumped the breaks, threw the car into neutral and coasted to the finish line instead of piling it on to make a statement. Take notes, Arizona!

This is all part of head coach Kyle Wittingham's plan. The Utes head to LA to face the USC Trojans this week, and Wittingham was clearly showing weakness to bait Lane Kiffin. Now just watch Utah put up 60 on the Trojans.