The location of the Pac-10 Tournament, played at Staples Center in Los Angeles, has been the target of many fans' ire since the shine wore off and attendance began dropping. Each year, the broadcasts show an arena nowhere near capacity, with empty seats prevalent throughout the tournament. Unless the UCLA Bruins or, to a lesser extent, the USC Trojans are involved, fans just don't come out in droves at all.

On Wednesday night, as the 2011 Pac-10 Tournament kicked off, the attendance problem was on display for the world as the opening round games were played in front of crowds more fit for small high school games.

Check out this picture, taken by Chris Fetters of Dawgman.com. 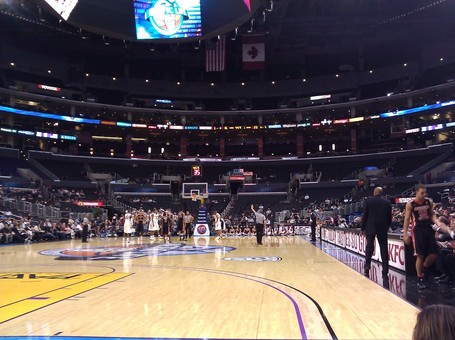 Notice a game was, in fact, being played when this picture was taken. After the jump, another look at the attendance and a few of the solutions that have been floated.

Here's another view, this time from the seats, taken by WSU equipment manager Neil Stover. 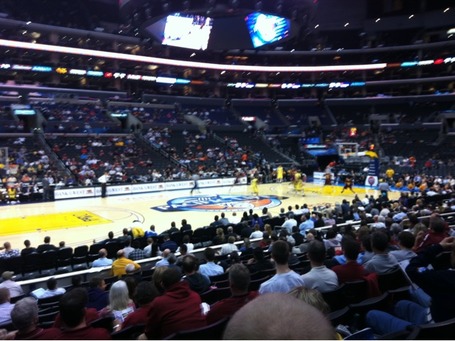 While this picture looks better, the attendance is sparse, at best.

Whatever Scott does, it's clear something needs to be done with the event. When it's quiet enough to hear sneakers squeaking and players communicating on the floor, it's just not fun for the fans at home or athletes on the floor.

For more on the tournament, including results and the bracket, check out our 2011 Pac-10 Tournament StoryStream.