Demolition workers wasted no time in tearing down the west end of what will henceforth be known (to me, anyway) as the old Husky Stadium to make way for the new one as renovations are getting underway. SportsRadioKJR host Dave "Softy" Mahler shared some photos on his Twitter account today that illustrated just how much had been done, and how quickly workers were making progress.

Softy started out in Tuesday morning linking to a photo with the caption, "West Endzone at 8:54 this morning" that appeared to be taken from the press box. 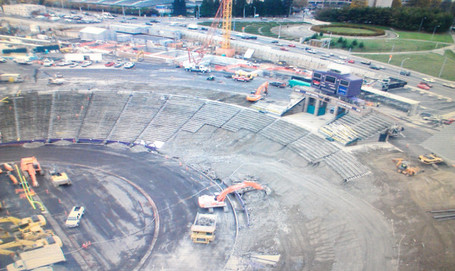 The scoreboard was still intact, the seats partially deconstructed, and what appeared to be a lone excavator or two tasked with the job. By 4PM later this Tuesday, things would look a little different. 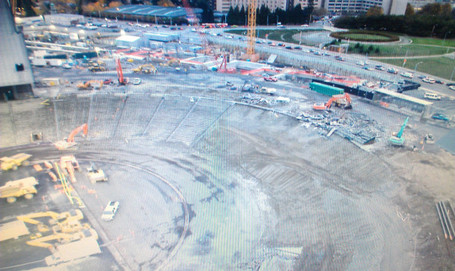 Note the entire west end scoreboard is now completely gone, and at least six more sections removed. Not bad for a day's work, and tip of the cap to Softy for providing the pics!

For more on the Husky Stadium renovation project, make sure to check out the website the University has set up for fans to monitor the progress.