Chris Polk And His Role In The Washington Huskies' Offense

A look at how Chris Polk is used in the Washington offense and the variety of roles he takes on each week.

Share All sharing options for: Chris Polk And His Role In The Washington Huskies' Offense

The answer to the implied question in the headline -- what is Chris Polk's role in the offense -- seems simple. See ball, take ball, run with ball. If only football were that easy.

Instead, Chris Polk is being used in a variety of ways this season, and those ways have led to even more production for the Washington Huskies' feature back, and successes for the Huskies' offense as a whole. Heading into the year, Polk was already a star, with the ability to change a game and carry the workload. And with new quarterback Keith Price under center, many of us expected Polk's role to increase even more this year.

As it turns out, Price has been everything Washington fans could hope for and more. And while Price's success has been a key for Washington this year, Polk is still the element that makes the Huskies go.

So how is Polk used? Like everything else in the Washington offense, there's hardly a simple answer. Yes, he's a downhill runner that absorbs contact and breaks tackles at what seems like a ridiculous rate. But it's what happens before the snap, and how Polk is put into a position to succeed, that makes his use interesting.

Below is a collection of images from the Huskies matchup with Colorado. This is just one game, and a fraction of the looks Washington deploys. But it should give you an idea of the different ways Polk is used.

On the first play of the game, Washington lined up in 11 personnel -- one running back, one tight end and three wide receivers. Polk lined up in the slot to the short side, creating a two-by-two look. 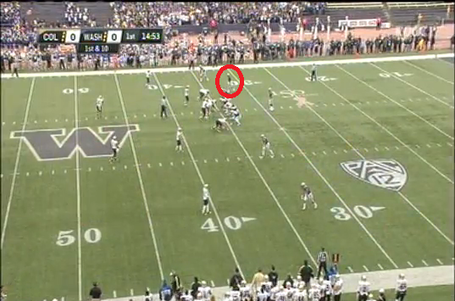 But that wasn't the look Washington would snap the ball in. Instead, Polk motions from the slot into the backfield, lining up on Price's right side. It's a simple, yet effective, use of motion. 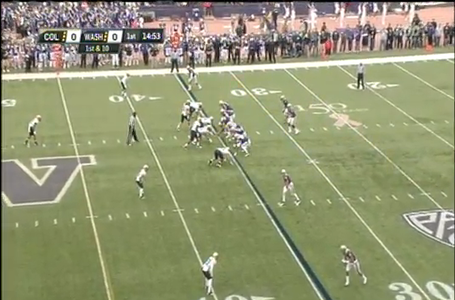 This is a basic single-back set out of 10 personnel. Polk lines up in the backfield behind Price, with one receiver to the short side and three spread out to the wide side. 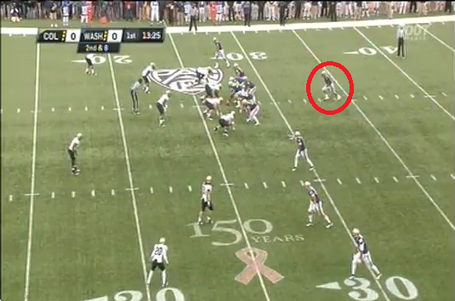 From the single-back set, Polk motions out of the backfield to the short side, just outside the numbers. He becomes a receiver, and Price is now working out of an empty set. 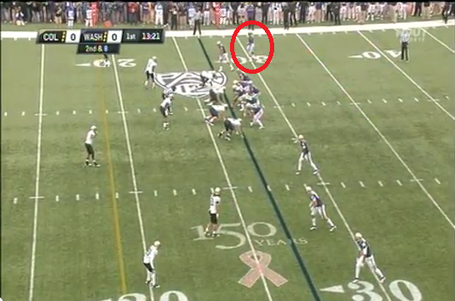 The following is a basic look from 10 personnel -- one running back, four wide receivers. Washington is in a two-by-two, with two receivers split to each side of the formation -- the receiver at the bottom of the screen is not pictured. Polk is lined up to Price's left. 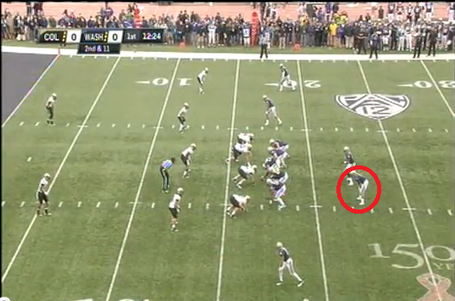 This may be a shotgun formation, but it's also a power-run look. Washington lines up with two running backs in the backfield -- one to each side of price. Tight ends are on each side of the offensive line and one receiver is in close on the wide side. 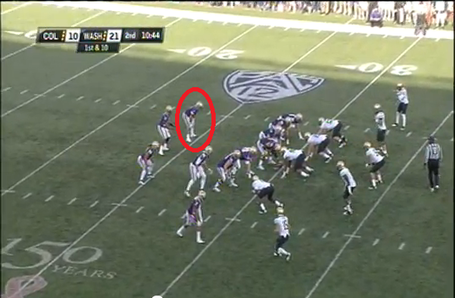 Below is a similar shotgun look, but with a lead blocker. Polk is lined up to Price's left, with two receivers to the wide side and one to the short. 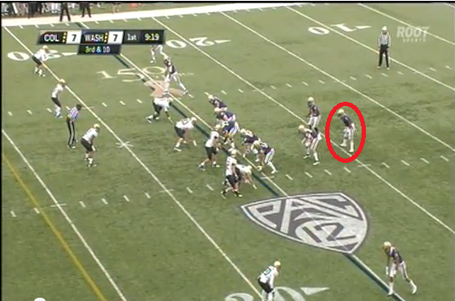 Here's a pretty standard formation. Polk is in the I, with two receivers split to the wide side and a tight end in close on the short side. 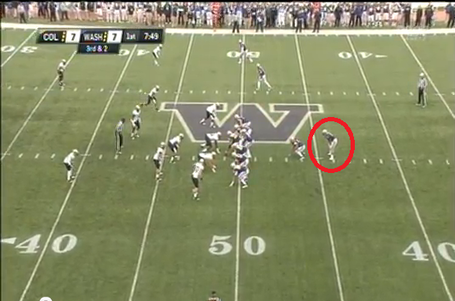 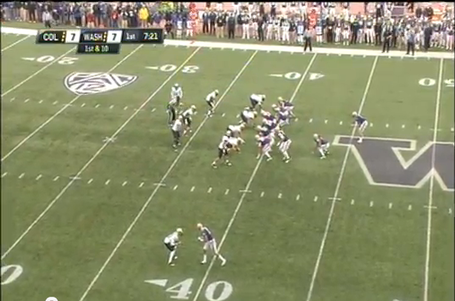 Off a similar look, Washington used Polk as a decoy down near the red zone. The play, which was an end-around, is diagrammed below. Polk comes down hard like he's running power off the left side of the formation, but Price fakes the hand-off and gives the ball off to Kevin Smith. The flow of the play and the threat of Polk running draws the defense, giving Smith room to work and the play goes for a touchdown. 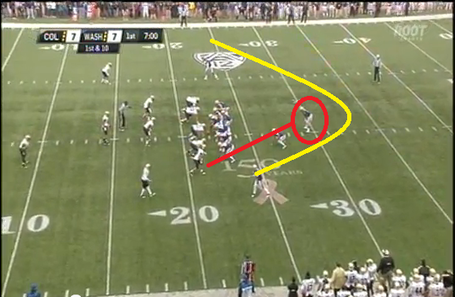 Washington showed this fun look against Colorado, and it's one of the few times I've seen it from the Huskies. At the bottom of the screen, circled in yellow, is Keith Price. Jesse Callier is in motion, coming from the top of the screen. Chris Polk is in the shotgun. It's a common wildcat formation. 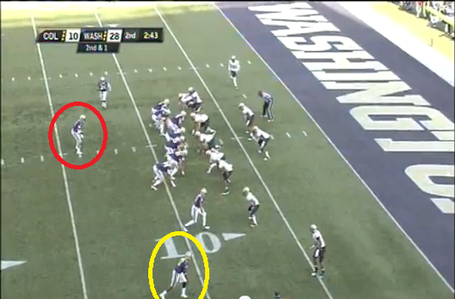 This looks like a typical I formation, but it's not. Instead, in a short-yardage situation, Polk is lined up as the fullback, circled in red. Jesse Callier lines up as the tailback in the I, and the give is to Polk on a simple dive. Of course, this is also a setup play, and Polk could become a decoy later, with a pitch going to Callier outside. 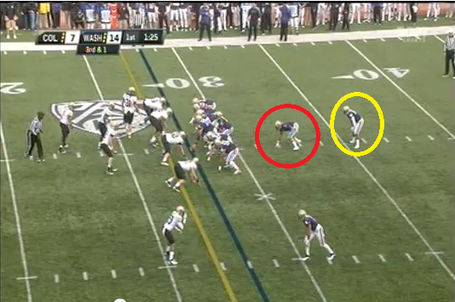 I have little doubt Polk's skillset will transition to the NFL, whether he decides to leave this year or next. He's one of the better backs in the country, and deserves to be in the conversation with LaMichael James as the best running back in the Pac-12 -- though I still prefer James, who is electric in the Ducks' system, at this point.

Enjoy Polk while he's around, which may not be much longer. His consistency and production this year has met and exceeded expectations, and is a big part of the Huskies' success this season. Whether he's the best back to wear a Washington uniform, though, remains to be seen.