It's not just the field at Qualcomm Stadium that flooded, but also the surrounding area. So while officials are assuring the public the stadium will be ready to go for tonight's game -- side note: HAHAHAHAHA -- getting there could be a challenge. The parking lots are underwater, the field is under a heavy sludge and the seats are, well, a giant waterfall. 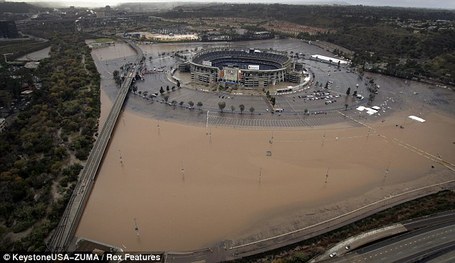 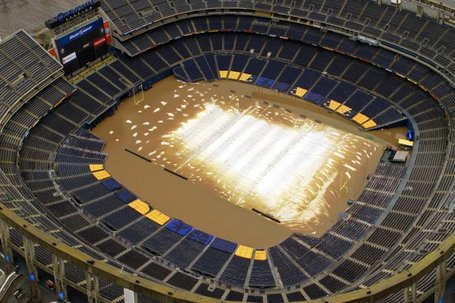 The impact on Washington and Nebraska's Holiday Bowl date may be minimal, as the two teams don't hit the field for another week. However, the softened Qualcomm Stadium field has to make it through the Poinsettia Bowl on Wednesday night, with the Huskies and Huskers following a week after.

What does a rain-soaked field look like after it takes the pounding of a football game?

Ah, yes. Memories. If -- and that's a big if right now -- the field is prepared for Wednesday's Poinsettia Bowl match-up between Navy and San Diego State, there's no telling what the field will look like after the two teams are finished. If all else fails, Washington and Nebraska can play in rowboats or something.

For the latest on the floods, and tonight's Poinsettia Bowl, check out SB Nation's StoryStream on the matter.

Update: Holy cow. I'm amazed at the work done overnight by crews at the stadium. Here's an update look at Qualcomm. 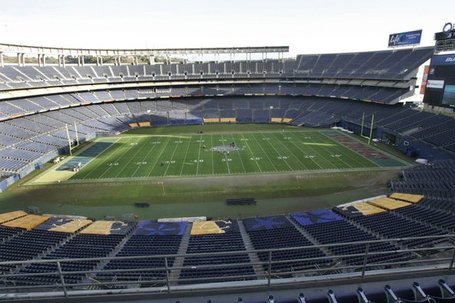 Yes, that's a picture from today. Just fantastic work done by the crews to get the stadium in game shape.