Jabari Brown, a highly ranked class of 2011 basketball prospect from Oakland Senior High School in Oakland, Calif., announced on ESPNU today that he has verbally committed to Dana Altman and the University of Oregon Ducks.

The decision was a big blow for Lorenzo Romar and the Huskies, who had targeted Brown for months. An athletic 6'5", 200 pound shooting guard, Brown is a a five-star prospect according to Scout.com, rated the No. 5 shooting guard in the nation. ESPNU ranks Brown as a four-star prospect, the No. 22 player in the class of 2011. 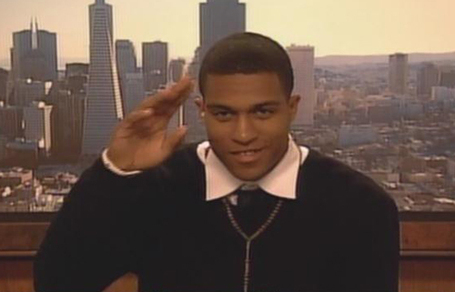 Hopes had been raised for Washington when Brown visited the school to attend a football game on the same weekend as fellow class of 2011 target Seattle guard Tony Wroten Jr. from Garfield High School. Also, fellow UW recruit Hikeem Stewart said he would attempt to recruit Brown to the Huskies after he committed to Washington.

Wroten is set to announce his college commitment at 3 p.m. this afternoon. Wroten teased Brown's commitment on Twitter Tuesday, leading to speculation that they might attend college together. It wasn't meant to be.

For everything about the Oregon Ducks, head over to SB Nation's Addicted To Quack.

For everything Washington Huskies recruiting, head over to SB Nation's UW Dawg Pound.

Angelo Chol Commits To Arizona Over North Carolina And Kansas