Vancouver Riots Cleanup Begin As Fans Take Back Their City

Share All sharing options for: Vancouver Riots Cleanup Begin As Fans Take Back Their City

The streets are calm in Vancouver and the riot that enveloped the city on Wednesday is long gone, with only damage and destruction left in its wake. But in the immediate aftermath of the riot, citizens began organizing a cleanup and urging Vancouver residents to come out and pick up the pieces. The city responded, and early Thursday morning groups young and old were out cleaning up the city.

This photo comes from Danny O'Neil of the Seattle Times. It shows a young man in a Canucks jersey and a woman picking up broken glass at the site a Hummer was flipped over and burned on Wednesday night. 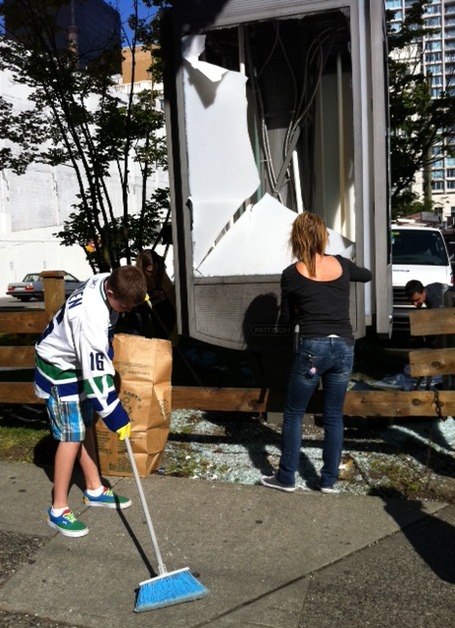 The following also comes from Danny O'Neil and shows a man who said he was more upset by the riots than the game. 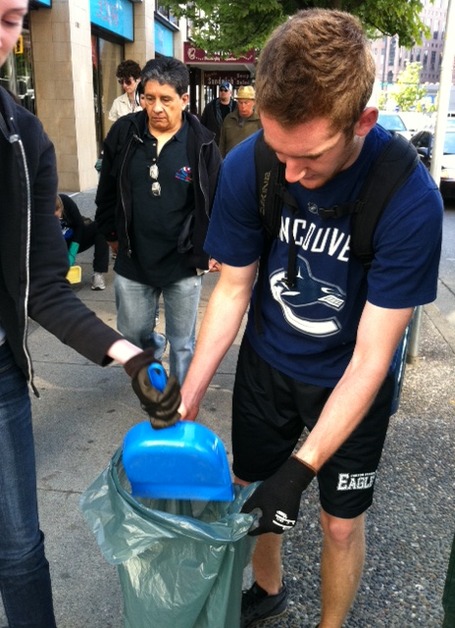 O'Neil added that he saw the words "This is Vancouver. That was a riot. There is a difference." scrolled on the seawall in Vancouver. It rings true, and I can't think of anything that better describes the feeling of the large majority of Vancouver this morning.