There was a "leak" of the Sounders new third kit a few weeks back and today there is confirmation; the Sounders third kit (to be worn primarily in CONCACAF Champions League, US Open Cup and exhibition play) will be "Super Cyan" and looks pretty much exactly like the earlier leak. The general reaction to this point has been polarized - to say the least - but one positive everyone can agree on: no visible TechFit straps.

A press release and other information can be found on the team's official site. Photo after the jump. 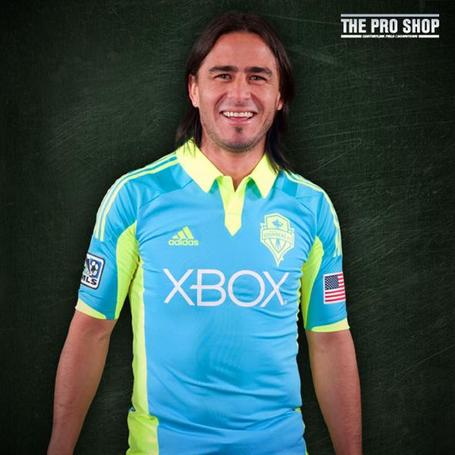