The Seattle Storm Sounders won their third-consecutive US Open Cup title on Tuesday evening, thrilling the capacity crowd at CenturyLink Field. It was a somewhat historic event: another chapter in the Sounders' recent run of dominance in the domestic cup competition, in which the team has won three US Open Cup trophies in three years since joining MLS.

But the Sounders didn't quite get the love they deserved. On the plus side, another Seattle team, the Storm, did! This was the headline over at Sports Illustrated following the win. It came from an AP story that appears to have been cross-posted on SI.com. 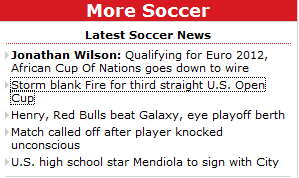 There's the tweet sent out after the Storm's Sounders' win. 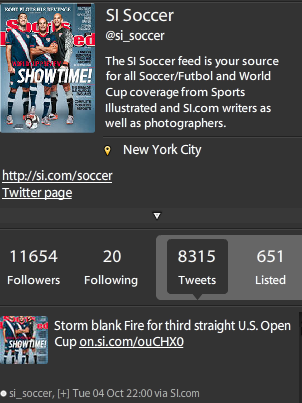 And though the headline was fixed, the page title was not!

Woops! Again, this was an AP story posted on SI, so it's not exactly their fault. But still, I would expect the team name to be correct when its a squad that just won its third-straight US Open Cup.