The MLS Supplemental Draft began at 11 am PST today and the Seattle Sounders selected local product Sean Morris with the 11th pick in the third round.

Sean Morris Selected by Seattle Sounders FC in MLS Supplemental Draft - Seattle University Redhawks Athletics
The Bishop Blanchet product finished his Seattle U career with six goals and 10 assists for 22 total points in 66 matches over the past four years, including 61 appearances in the starting lineup. He scored the first goal of the 2009 season to help the Redhawks earn a 1-1 tie at Tulsa, plus he was named to the All-Tournament Team at Notre Dame's Mike Berticelli Memorial Tournament for his efforts against the Fighting Irish and Indiana Hoosiers.

"This is a tremendous opportunity for Sean to get into the Sounders camp and show them his ability," head men's soccer coach Brad Agoos said. "It's always tough to make an MLS roster, but Sean has been such a tremendous leader and player for us these past four years, and I think that if anyone can do it, he can."

Indeed it is tough to make a MLS roster out of the Supplemental Draft, but as noted at SBN's Sounder At Heart, it's not entirely impossible to find a diamond in the rough. 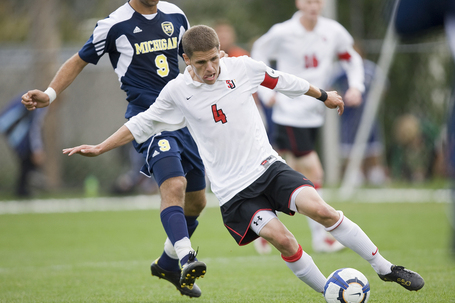 Take Your Supplements - Sounder At Heart
Keep in mind that Fucito was taken in the 4th (which would now be the first round of the Supplemental) so it's possible to find players here. But anyone who gets picked in these rounds will be a long shot to impress the coaches enough to make an already stuffed Sounders roster.

Morris will get his shot to make the team next Tuesday, Jan. 25, at the Starfire Soccer Complex in Tukwila, Wash.