Many rookies are making their first public appearances with their new teams on Saturday at the NFLPA Rookie Premiere, an event that's always fun for the fans to take in. The Seahawks have quite a few of their recently drafted guys in attendance, including quarterback Russell Wilson, who is sporting the new uniforms.

Rookie running back Robert Turbin showed off his guns while signing a few autographs, too. No, not actual guns, but rather his enormous arms. I don't know about you, but I doubt opposing defenses are going to want to tackle this guy for years to come.

We have a few photos of Wilson and Turbin after the jump...

Here is Wilson in his brand new Seahawks gear. Seattle fans will surely see plenty of this for years to come. Photo courtesy of his official Twitter account, @DangeRussWilson. 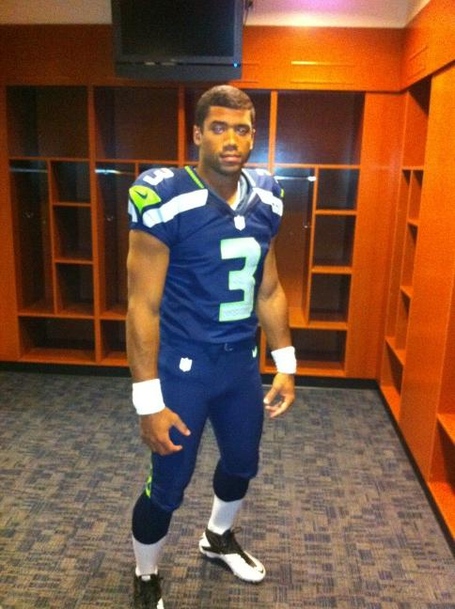 And here is Robert Turbin and his massive arms signing football cards. 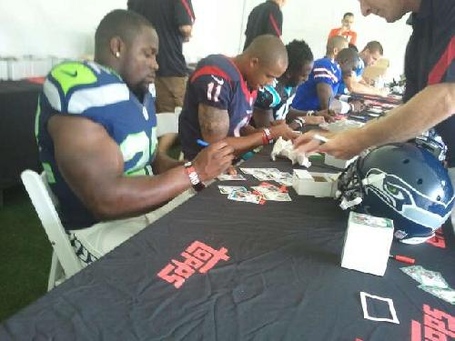 Pretty impressive for a kid just getting out of college.

For more on the Seahawks, be sure to visit Field Gulls and join in on the discussion.