The countdown to the 2012 NFL Draft is almost over and the Seattle Seahawks are ready to get to work. The mocking is over, all the scouting has been done, and now it's time to get their hands dirty and make some solid picks for the future of the franchise.

Head coach Pete Carroll is more than ready, taking some time to give the fans a preview of the team's war room before the start of all the craziness.

Make the jump to see for yourself. 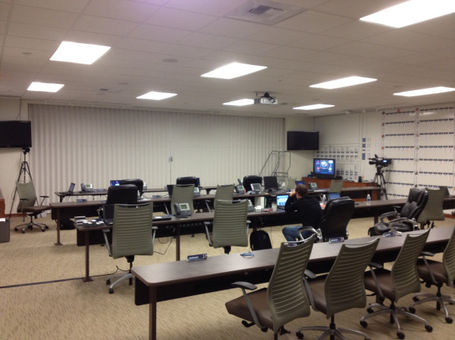 Sure, it looks so calm and quiet now, but in just a few hours phones will be ringing, folks will be yelling and (hopefully) some elated cheers and handshakes are distributed throughout for a job well done this season by Carroll and the Seahawks braintrust.

For more on the Seattle Seahawks, make sure you check out Field Gulls and SB Nation Seattle.