A photo essay of the Seattle Seahawks win over the Arizona Cardinals.

Share All sharing options for: Seattle Seahawks Vs. Arizona Cardinals: A Photo Essay

Danny Kelly handled the analysis from the Seattle Seahawks win over the Arizona Cardinals on Sunday, so we're going to move on to pretty pictures. It's all we're here for. He makes you smarter, we point and laugh at funny pictures.

If you missed it, be sure to check out Danny's analysis. You can find his overview of the game here and a look back at the key matchups here. Go get smarter before we kill some brain cells.

With that, let's journey through the game, in photo essay form.

Jay Feely made his first field goal attempt to tie the game, which is when the following picture was taken. Jay Feely looks like a man about to miss a 49-yard field goal by 10 yards. 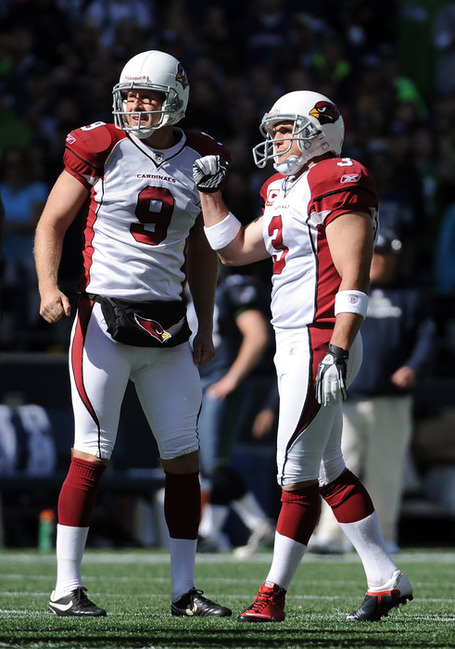 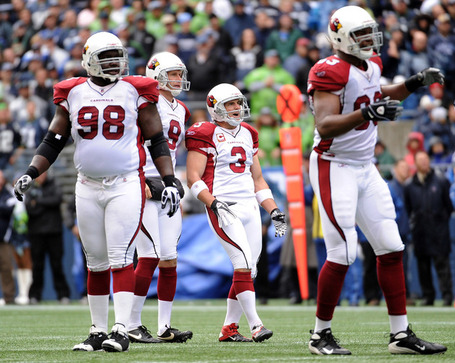 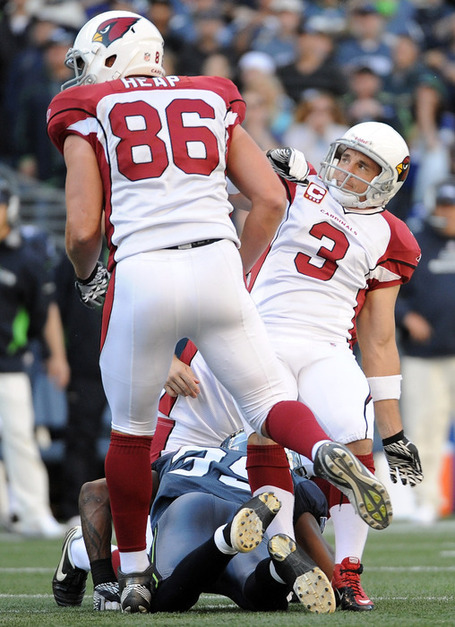 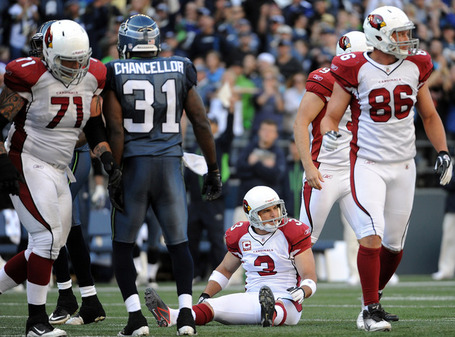 WHY WON'T ANYONE HELP JAY FEELY OFF THE GROUND? 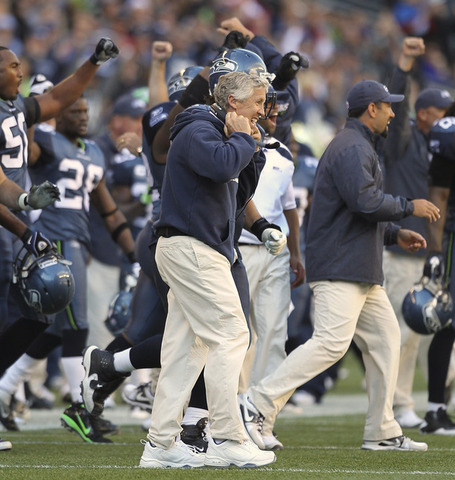 Time for a series of Kevin Kolb schadenfreude photos. Look for the sad Cardinals' quarterback in the background of the following pictures. 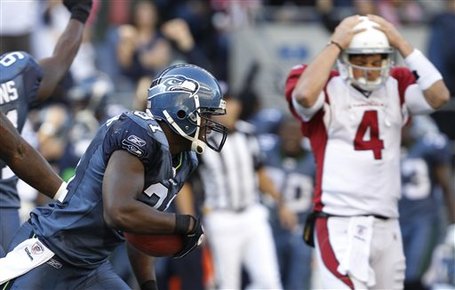 Ah the double helmet-palm. One of the best reactions in spot. 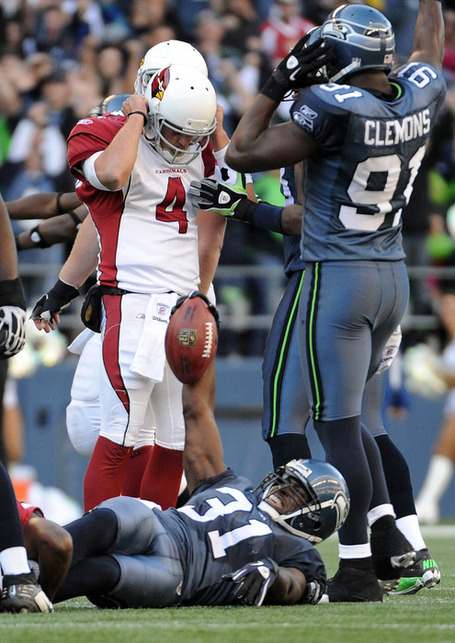 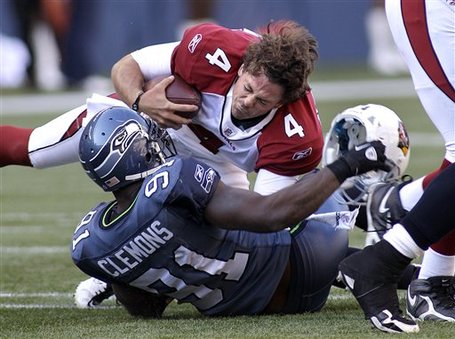 Closing his eyes was probably a good idea here. If Chris Clemons has a hold of you, just close your eyes and take it. 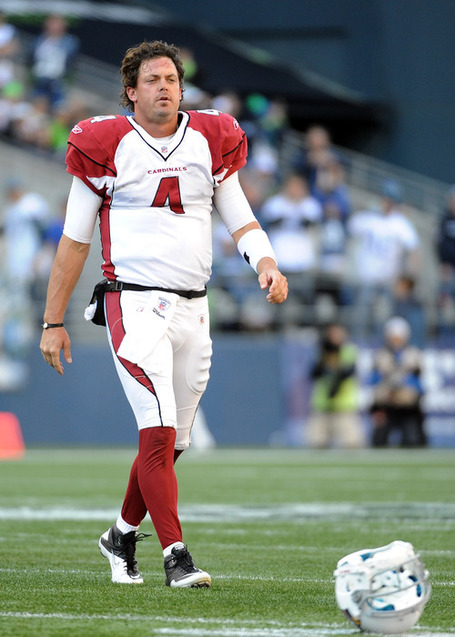 When did Kevin Kolb get so haggard? This is a serious question. I've always pictured Kolb as the strapping young backup who's just been itching for a shot. Instead, he looks weathered and worn. Is this what happens when a quarterback holds a clipboard for too long?

The Many Faces Of Pete Carroll 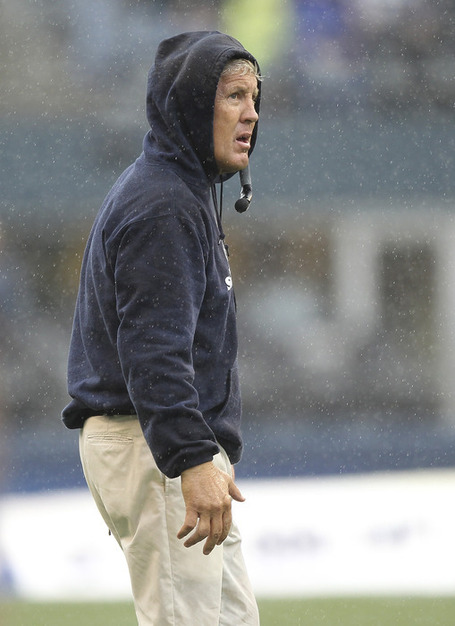 Even after a year in Seattle, this wet stuff falling from the sky has Always Sunny Carroll confused. 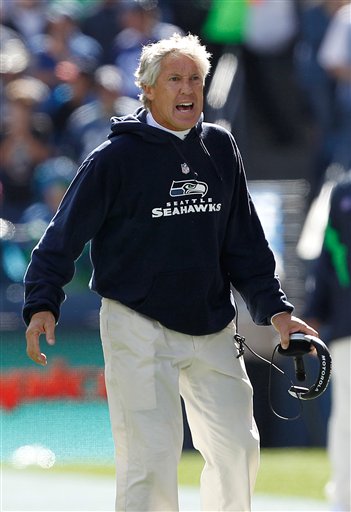 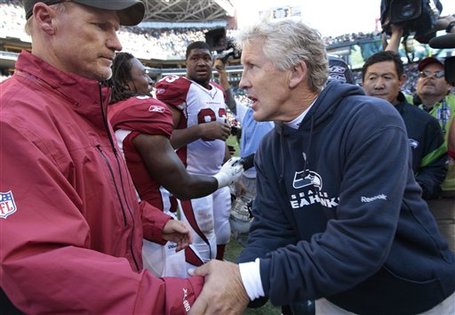 What in the hell did Ken Whisenhunt say here? He had to have said something off-the-wall. Notice Carroll's face, then notice the face of No. 93 in the background. Both have the "Bro, did you just fart?" look on their faces. 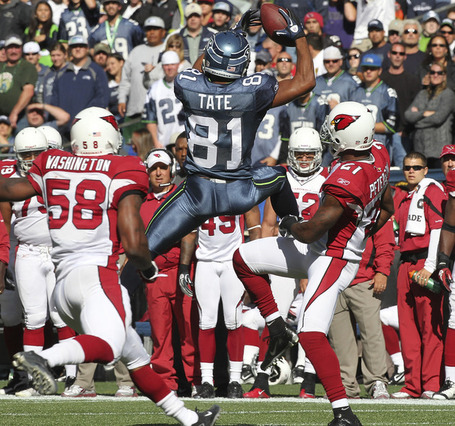 Was nice of the Cardinals to give Golden Tate a boost here. 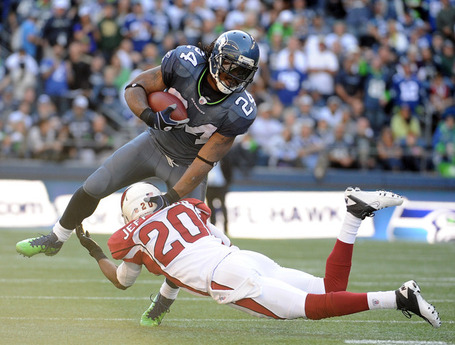 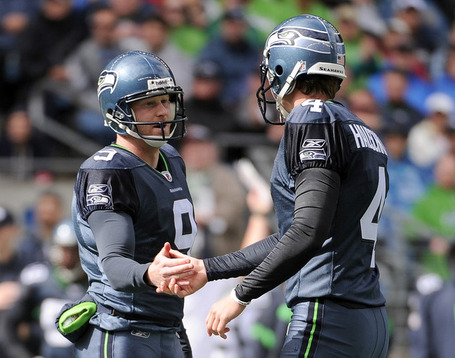 The punter/kicker celebratory five/shake is always awkward. There's no way around this. Jon Ryan goes in for the bro-five while Steven Hauschka goes for the handshake. The result? All awkward. 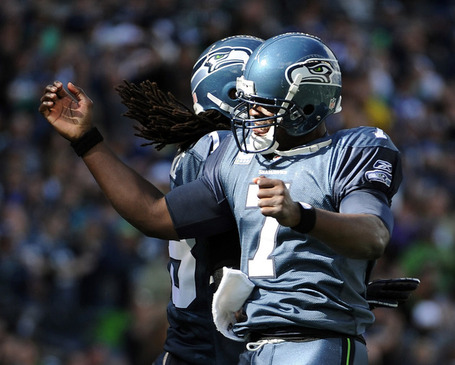 Tarvaris Jackson rocking out with his high air guitar. This is a pro move. 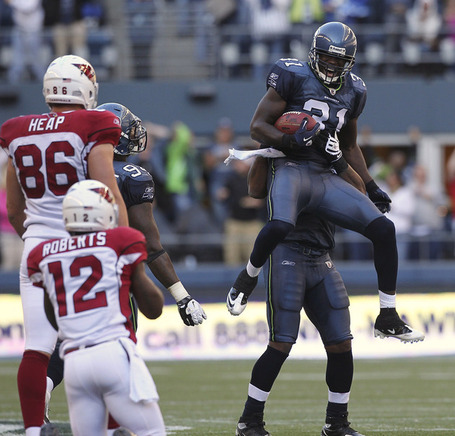 Kam Chancellor doesn't even have to run for himself anymore. Leroy Hill just picks him up and uses him as a battering ram.

Stay tuned for our next episode, when we examine the finer points of a quarterback falling on his head.

Seahawks 13, Cardinals 10: Seattle Picks Up First Victory Of The Season