We're back after an extended break from Seattle Seahawks training camp photos. The pictures have been slow to show up in our photo editor, thus the extended absence. However, we do have a few moments of brilliance, including even more looks at the Seahawks newest acquisitions. If these photos, along with the shots of Sidney Rice being Sidney Rice, are any indication, the Seahawks have plenty of youthful exuberance this year.

After the jump, Tarvaris Jackson and Robert Gallery find the ice cream truck at the VMAC. 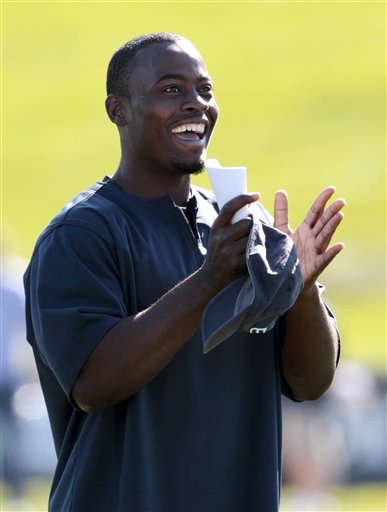 Off in the distance, the sound of an ice cream truck can be heard. Tarvaris Jackson, who had nothing better to do while sitting on the sidelines, shrieked with excitement while bouncing up and down. On Thursday morning, head coach Pete Carroll imposed a No Ice Cream Zone to prevent further incidents. Wouldn't want Jackson to forget the play and run off the field chasing the truck, would you? 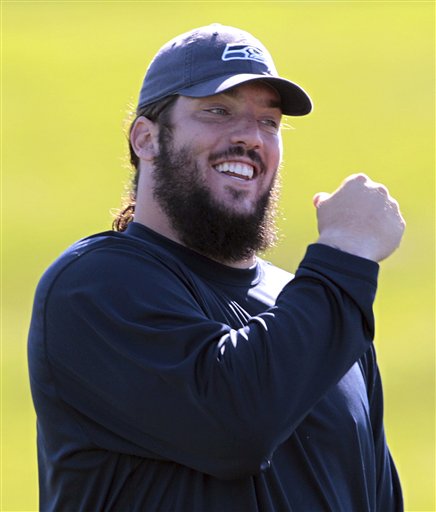 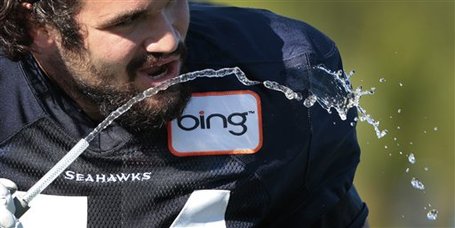 All John Moffitt wanted was some water. It seemed so simple. Unfortunately, Moffitt walked away soaked without a drop of water actually hitting the target. 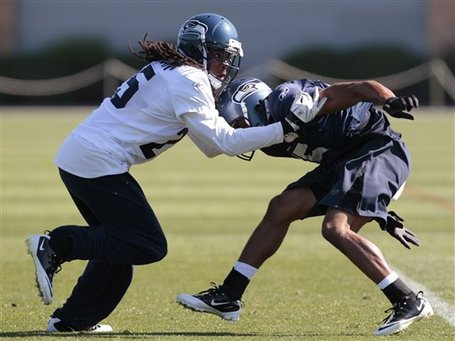 In an effort to increase toughness, Carroll decided to instruct players in the finer points of hockey fights. Pull his jersey over his head! 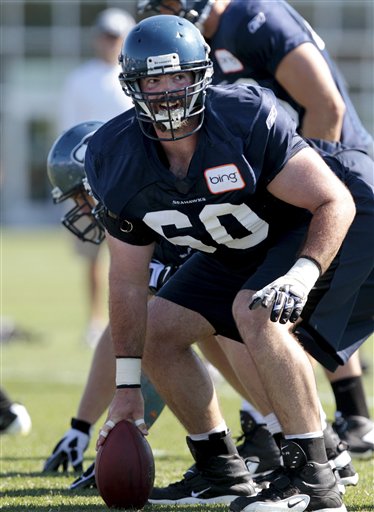 Max Unger, slightly confused, looks over to the sideline for guidance. 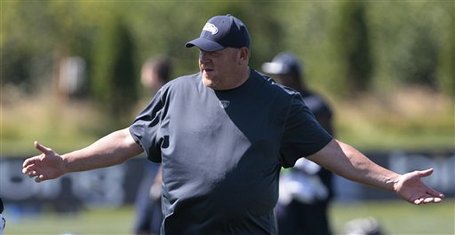 Tom Cable responds in typical Tom Cable fashion before screaming, "Just hit the sh*t out of the guy in front of you." 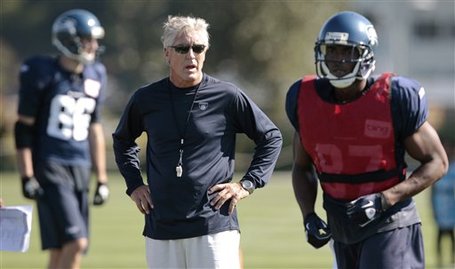 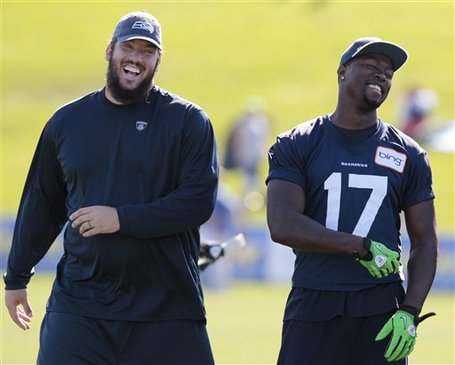 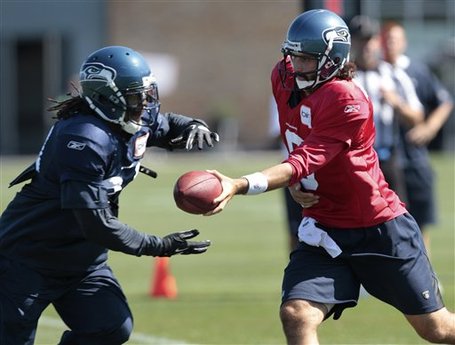