The Seattle Seahawks don't know the meaning of the word weekend, and were hard at work on Saturday and Sunday in Renton. The new Seahawks -- including Tarvaris Jackson and Sidney Rice -- were in town, though unable to practice due to the new collective bargaining agreement. However, we do have photos of both and if the pictures are any indication, Rice is going to be a hoot.

After the jump, get caught up with training camp photos from the weekend sessions. 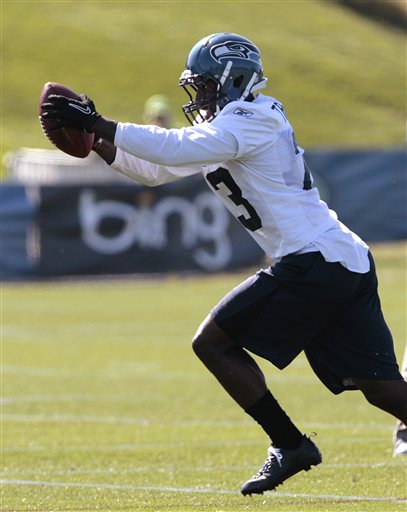 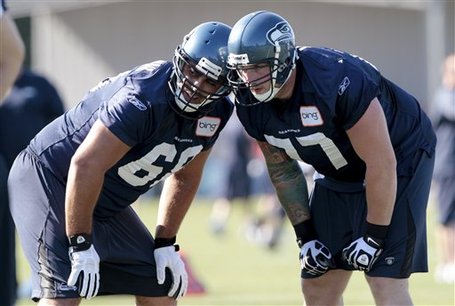 All right, here's the plan. You get on all fours behind coach while I distract him. Then I'll give him a nudge and he'll fall over? Sound good? Good. 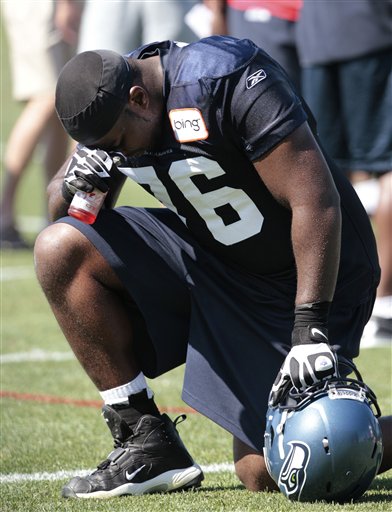 Please don't be hurt, Russell. You're our fragile rose petal, if only the rose was 300 pounds and a prized left tackle. 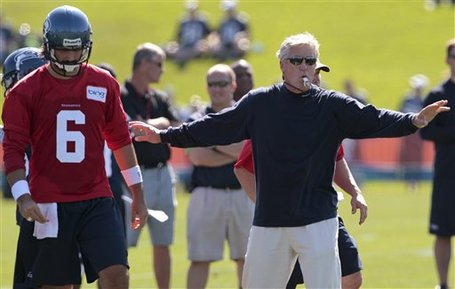 If you're wondering why Tarvaris Jackson is the starter, this picture -- without context -- seems to explain it. Whitehurst with his head hanging, Pete Carroll blowing a whistle with the "hold up" signal. Yep, makes sense to me. 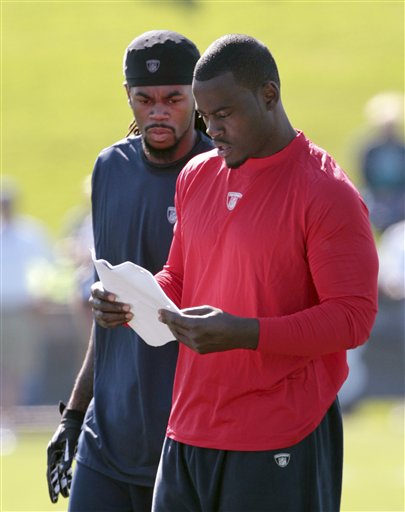 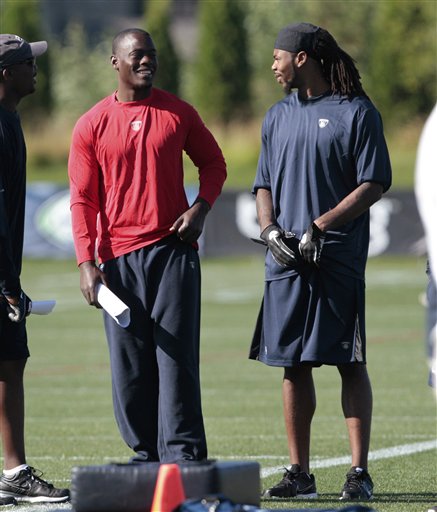 Jackson: I've got your contract now. It's mine. Finders keepers.
Rice: What the... 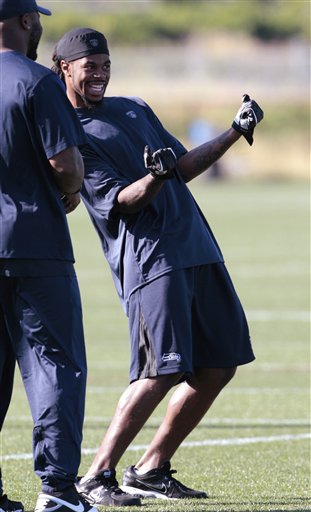 Moments later, Rice reacts to his new contract with the Seahawks. 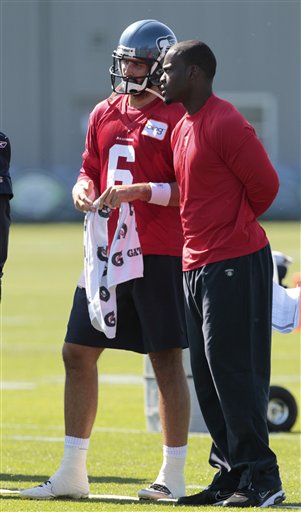 It was nice of Jackson to wear his own red non-contact jersey, even though he won't be practicing til Thursday. Just a subtle reminder who's boss. 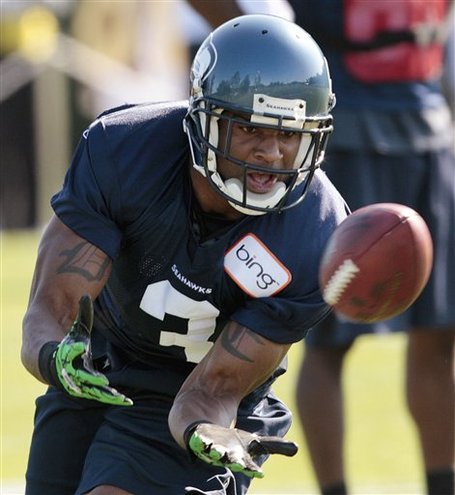 Based on a sample size of two, I'm going to assume Dominique Edison always looks goofy when making a catch. 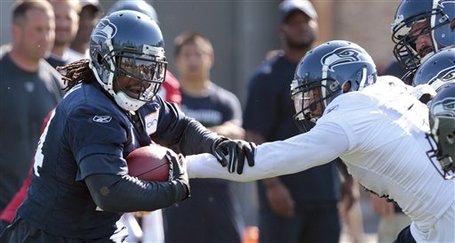 In related news, a Seahawks player lost his arm his weekend. 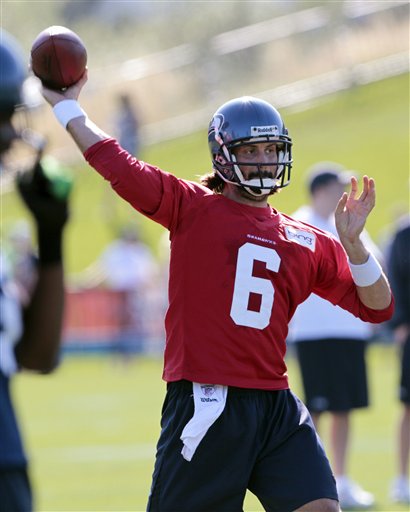 With the chin-strap on, it looks like Charlie Whitehurst has the most wicked Tom Selleck since, well, Tom Selleck. 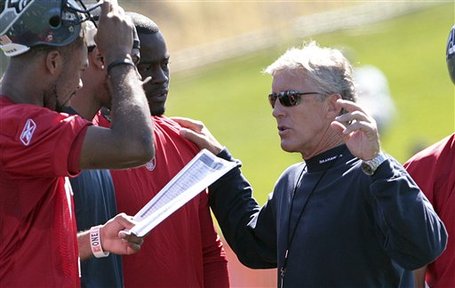