Share All sharing options for: The NFL Lockout Is A Real Debbie Downer On America's Birthday And The Week In Seahawks Fandom

Happy Birthday, America. It's been 200 and something years you've been around (I was too lazy to try the math). You've done some great things in those years, and in terms of non-lifesaving and non-actually-helpful-to-mankind type things, football sits at the top of the 'great' list. If you're getting really specific on that list, the National Football League sits at the top of it, in my mind (over the CFL, which I've never watched, the UFL, which I've never watched, the Arena League, which I'm not even sure still exists, college football, which is fun but there are not fantasy leagues for that, and high school football, which I would feel creepy going to anymore at this point). So pat yourself on the back America, because you sort of invented football.

What do Americans love? For starters, even before the game starts, we get tailgate parties, because Americans have an unhealthy affection for trucks and barbecuing meat . We get fireworks, because explosions are wicked awesome. We get smoke machines, because people running through smoke looks really badass. We get real-live wild hawks that man has managed to assert their dominion over, flying around. We get fucking helicopters, that man has built with steel and brawn, flying by. We get GIGANTIC one-hundred-yard American Flags, because it looks cool when you make it ripple like we used to do with parachutes in P.E. class. We get cheerleaders, because Americans love women in knee-high leather boots and Santa Hats. We get being drunk, because getting drunk is super fun. We get to high-five strangers, because it's looked down upon at work. We get to chest bump whoever we want, because that counts as sexual harassment at work. We get to 'boo' people wearing opposing jerseys or just some other team that's not even playing's jerseys, because why are they wearing that jersey to this game, I don't get it?

We get hot dogs, which taste really good when you're drunk. We get, in some cases, costumes and facepaint, though I'm not really into that nor do I understand it when grown men do so. We get trucks perched inexplicably on top of stadiums, because, hey, how'd they do that? We get guys in helmets head-butting each other because they're trying to show each other how they're all jacked up. We get guys hitting themselves in the head with said helmets, because they're super crazy and just don't give a crap. COUGHowenschmittCOUGH.

We get all this and we haven't even started the game yet.

Once the game starts you get all the violence any red-blooded American could ever want. Well, probably not, most Americans get their violence fix with horror movies and Lockup: Raw, but watching football definitely helps. You get big hits and awesome displays of athleticism. We get a big glowing / pulsating eyeball of a Hawk when times are tense. We get 100 foot long stadium jumbotron screens because any real American loves a flatscreen that is longer than the Mayflower was.

We get drama and heroics. We get to cheer on our team, wear our team gear, and bask in the glory when we win. We legitimately feel great about our lives after an important victory and have the worst case of the Mondays we've ever had when we taste defeat. We love the NFL. Even if there was no such thing as fantasy football, we'd still love it. That's how much we love it. I know, ... that's a LOT.

So how about it guys, maybe as a birthday present to the American nation herself, you get this stuff figured out. Because the NFL is as American as the blues, as American as apple pie, and we need it. Scratch that, we don't even need football, we just need to know that it'll be there when it's supposed to be.

If you only read my writing on this SBNation spot and don't follow my everyday ramblings over at Field Gulls you probably noticed the only thing I talk about is the NFL Lockout. This lockout has taken over my life. I manage to find stuff to write about on a daily basis at my home site but when I write about "the week in Seahawks' fandom" here there's really nothing to note because no moves or signings or practices or anything is allowed to take place. It's really harshing my NFL buzz right now. The NFL Players and Owners need to stop being such Debbie Downers. 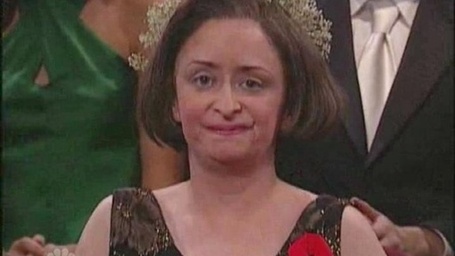 I know you Players and Owners are meeting this weekend, so while I'm out celebrating my nation's birthday by going to the other microcosm of everything American - no, not NASCAR, I'm talking about Las Vegas- ...., though if there was a NASCAR race in Las Vegas on the Fourth of July I might start to glow a red, white and blue aura of unbridled patriotic flames... - anyway, when I'm gone, how about you dot your i's and cross your t's and make the end of the Lockout official. For America, guys.