We're back with more photos from the second day of the Seattle Seahawks training camp and they're just as good as the first. In order to give you the full camp experience, we'll be posting photos from every camp session, along with captions to give you an idea of what's going on. Camp photos are typically offbeat, making this a fun exercise meant more for entertainment, and less for analysis. 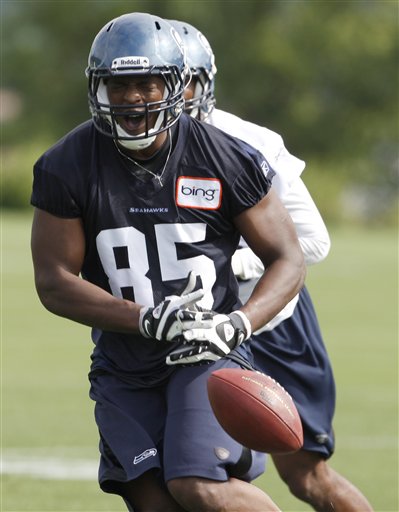 Anthony McCoy gets hit in the nuts during a catching drill. 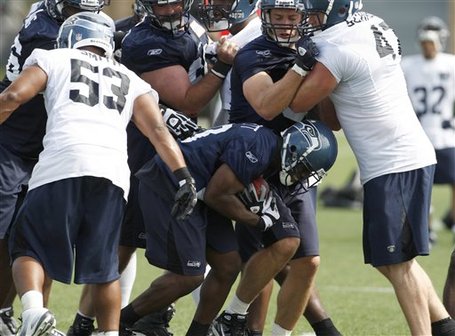 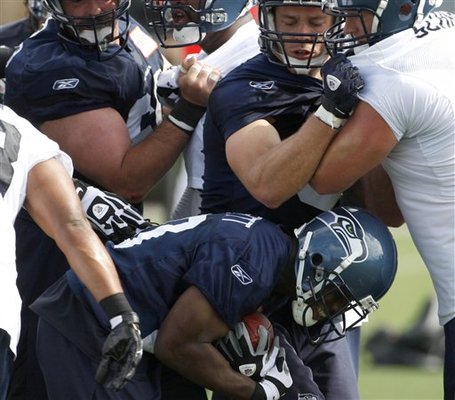 I'm not sure why it was necessary to zoom in on Forsett here, but the look on his face tells me one of the bad men touched him on his way through the pile. 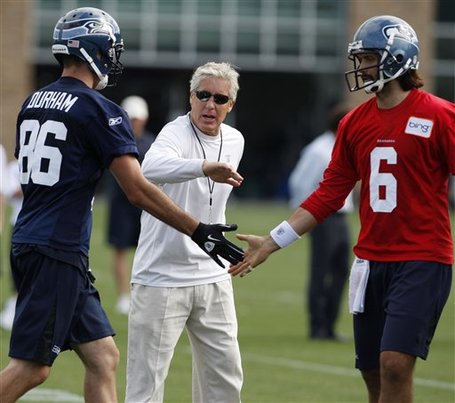 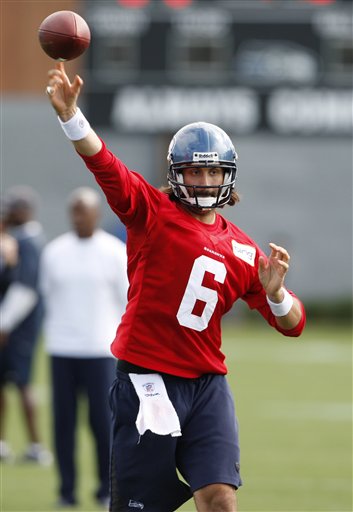 Charlie Whitehurst has somehow figured out how to throw the ball with one finger, further confirming he is, in fact, Clipboard Jesus. 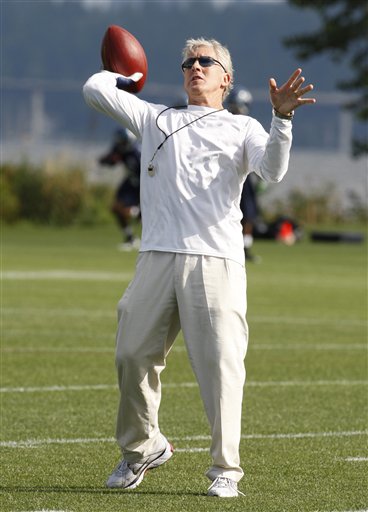 Meanwhile, we now know why Pete Carroll is a coach and not a quarterback. Uncle Petey gonna throw that there ball over them mountains. 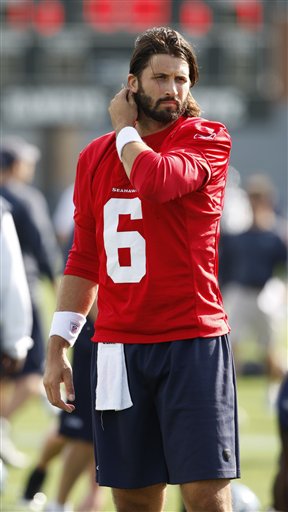 Wristbands on both arms, towel hanging from his waist, shorts cut above the knees, moving his hair away from his face. Ladies and gentlemen, this is the most Charlie Whitehurst photo ever. 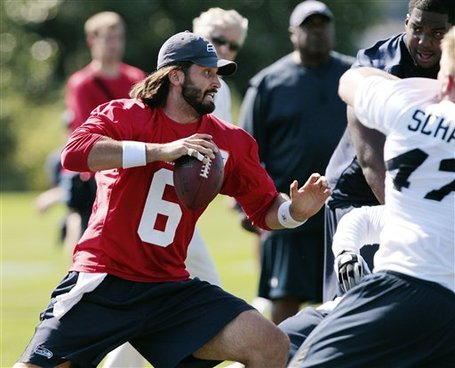 I lied. This actually may be the most Charlie Whitehurst photo ever. Panicked look, all the gear listed above, baseball cap, long beard. Still can't get over practicing in a cap. 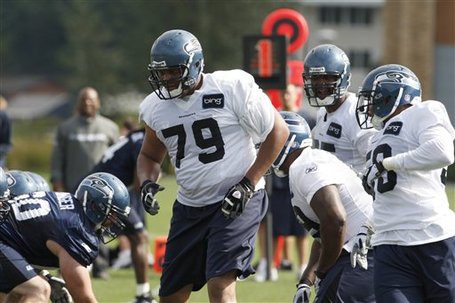 You'd think Red Bryant is just demonstrating an immense amount of concentration. What you can't see is the sandwich dangling from Max Unger's waist. 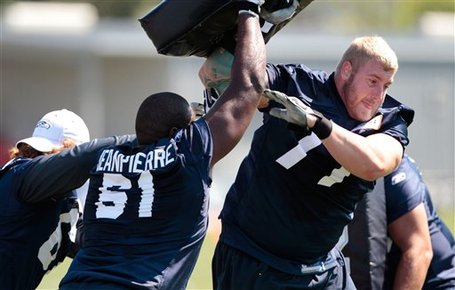 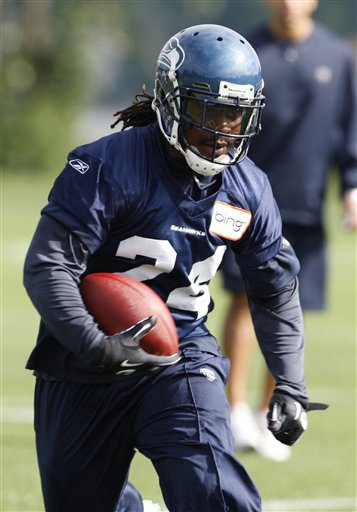 That poor assistant holding a pad never stood a chance.

For more Seahawks training camp news and photos, head over to Field Gulls.