The Seattle Seahawks began training camp on Thursday, and we've got the photos to prove it. Unlike game shots, training camp photos don't show much. Photographers look for action shots, and try to create some kind of story out of mundane drills. However, these photos are gold, and filled with candid shots of players learning the ropes.

Each day, as long as the material allows us to, we'll be posting photos and captions from training camp. From balls hitting guys in the face to players falling down and going boom, we'll look for the best. This is the first installment. 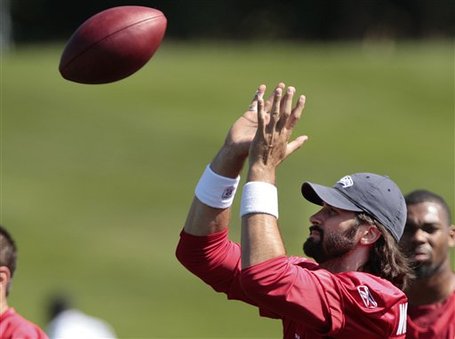 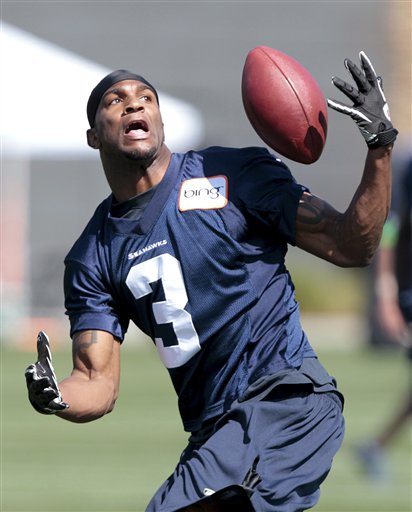 The caption says Dominique Edison made the catch. Never believe the caption. 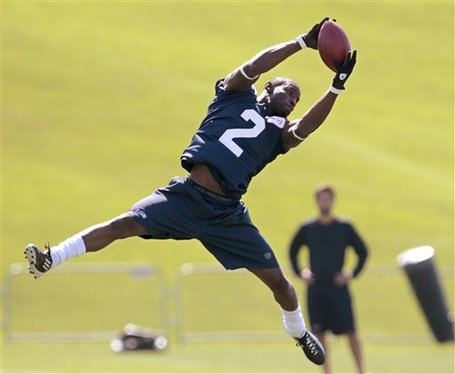 Ricardo Lockette makes a nice grab. Judging by the look on his face, I'm going to assume Earl Thomas is just out of frame. In related news, Lockette is no longer with us. He's dead. 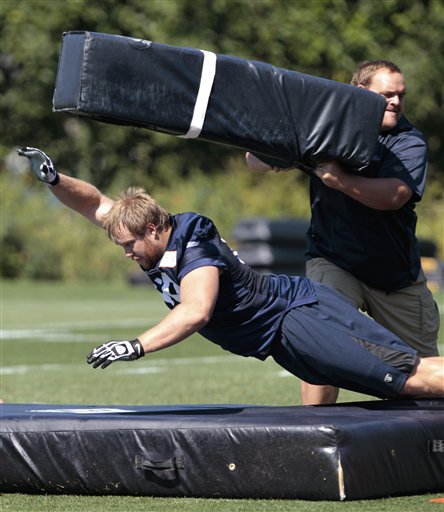 This is how you make a Caz Piurowski sandwich. I have no idea what this drill accomplishes, but the end result is delicious. 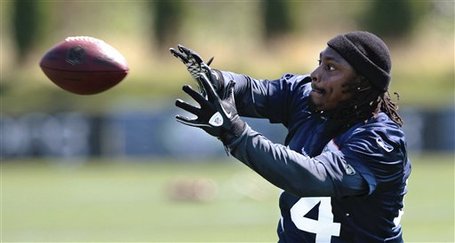 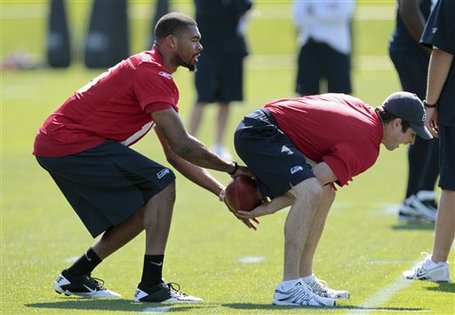 If football doesn't work out for Josh Portis, he has a budding career as a baby deliverer lined up. 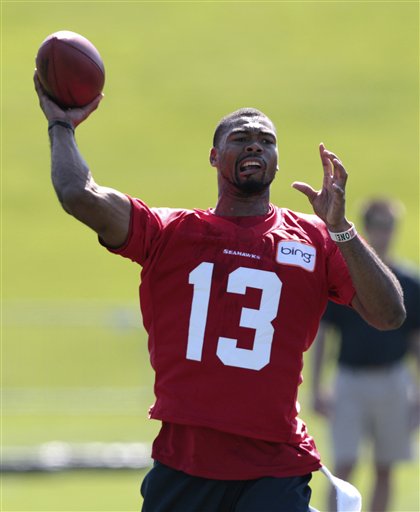 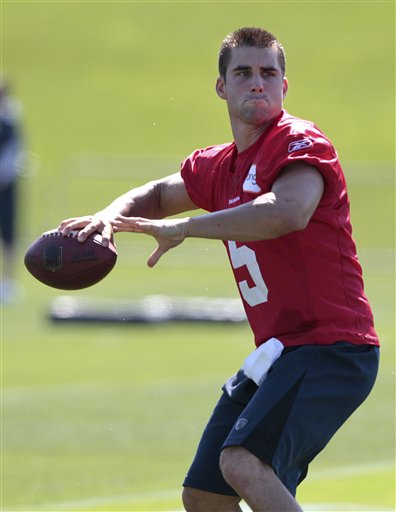 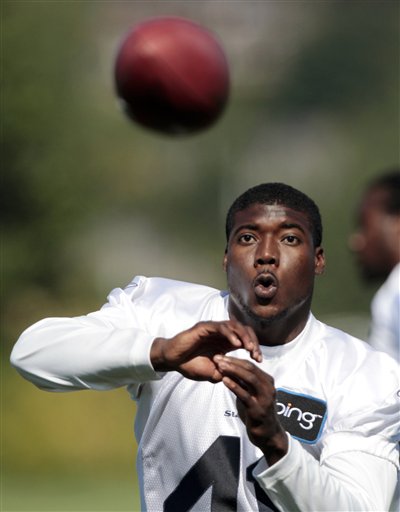 As a child, Byron Maxwell was taught that blowing on the ball makes it spiral. Nobody tell him it's not true. It would be like telling a kid Santa isn't real. 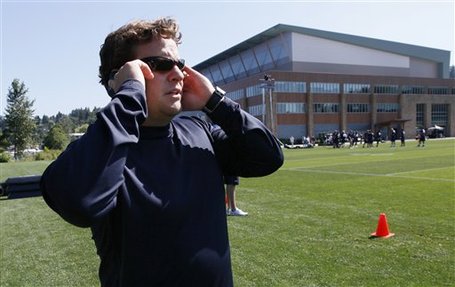 Philadelphia: Eagles front office!
Schneider: Yeah, how much for that Kolb kid?
Philadelphia: 60 million, a draft pick, a young star, your first born child and your soul. No refunds.
Schneider: We'll take him. Ship to: 1 Cardinals Drive, Glendale, AZ 85305. 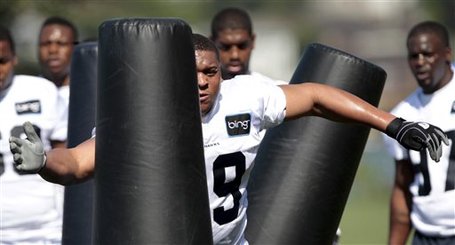 Ben Obomanu is impressed by Red Bryant's ability to chop down trees with his bare hands. 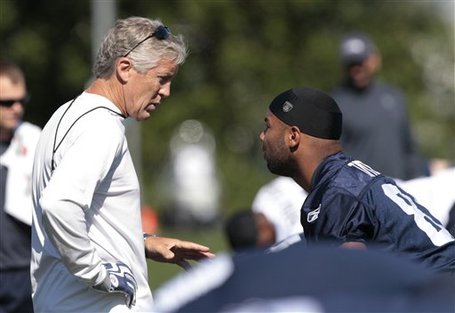 Carroll: You mean they drive around in circles and do nothing but turn left?
Tate: That's what I said, coach! 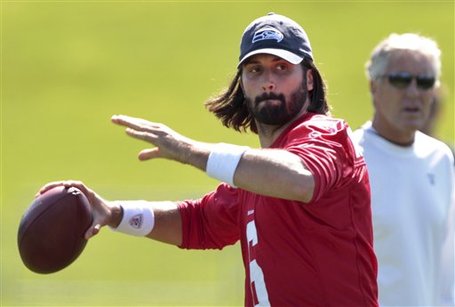 Clipboard Jesus has spent so much time on the sidelines, he thinks football is played with a ballcap on. Pete Carroll, meanwhile, is mortified. 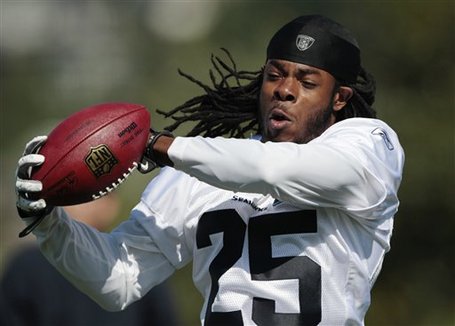 Richard Sherman gets into a fight with the football. You're doing it wrong, rook. 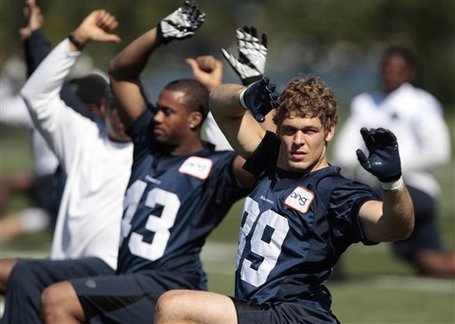 John Carlson melts the camera lens with his blue steel.

For more Seahawks training camp news and photos, head over to Field Gulls.