Early screenshots of Madden 12 player trait pages have begun to surface on the Internet, giving us a chance to complain, much like we have for the NCAA Football 12 team ratings. The Madden 12 traits floating around are not overall rankings of players, so we're not able to complain about speed, agility or similar abilities. However, we can get a look at the pocket presence of quarterbacks, as well as how clutch players are and how big of a motor they possess. How EA Sports measured these traits is beyond me, but it's all part of the added playing experience in Madden 12.

So how does Jake Locker shape-up? Is Marshawn Lynch ready to run through a brick wall and start an earthquake? Let's find out. 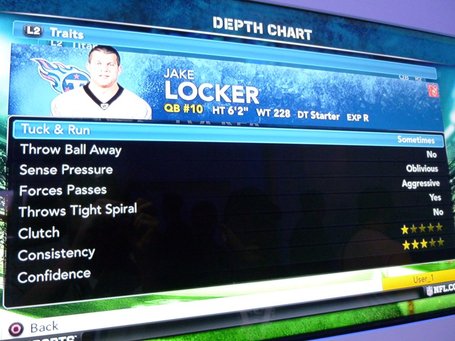 There's only one minor bone to pick here and it's that his tuck and run rating should be often. Locker loves to bring the ball down and take-off at the first sign of pressure, and though he improved in his senior year at Washington, his legs were still his fall-back option. And yes, Locker is oblivious. No denying that. 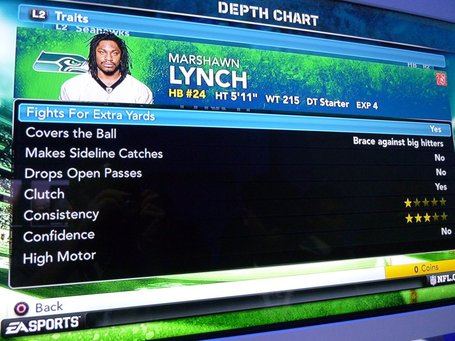 How the hell does Lynch not have a high motor. And confidence? If his personality is any indication, he's not lacking in that area in the least.