With an NFL lockout in full effect, it's up to players to work on their own to get in shape for the 2011 NFL season, whenever it actually gets started. Mini-camps and offseason training activities are barred, putting the onus on the players to take care of themselves without team supervision. Athletes Performance Institute, profiled by Yahoo!'s Doug Farrar here, has been filling the void, providing a wide array of potential draft picks and current NFL players a place to train and personal trainers to assist them during the offseason.

And at API, they take everything serious, from hydration to urination, as Seattle Seahawks quarterback Matt Hasselbeck found out on Monday. Check out the picture Hasselbeck tweeted from the bathroom, showing a handy (clears throat) flow chart (click to enlarge). 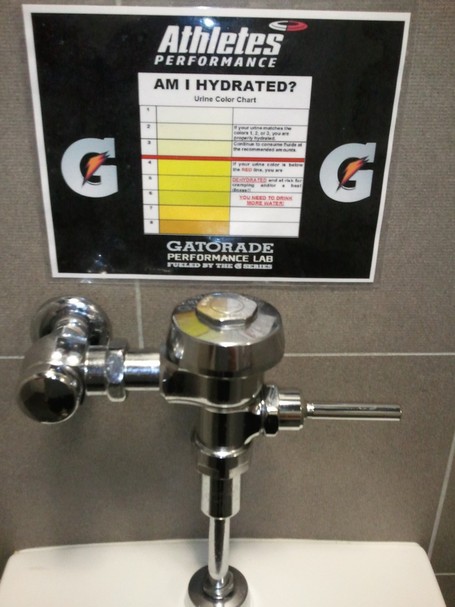 Has anyone told Hasselbeck it's poor form to whip out a camera in a bathroom, even if you're taking a picture of a urine color chart?