We can all relax now: Matt Hasselbeck and Antonio Cromartie have made peace. Remember back when the collective bargaining agreement negotiations began to heat up and Hasselbeck took a dig at Cromartie? Cromartie didn't take too kindly to it all, threatening to knock Hasselbeck's block off in a very public Twitter fight. It ended, at the time, when Hasselbeck apologized for what he said was a joke in poor taste, though it felt like Cromartie had overreacted to many.

Fast-forward to Saturday, when Hasselbeck and Cromartie were together at a Pro Athletes Outreach event. This was the scene when the two were face-to-face (via Cromartie's Twitpic account). 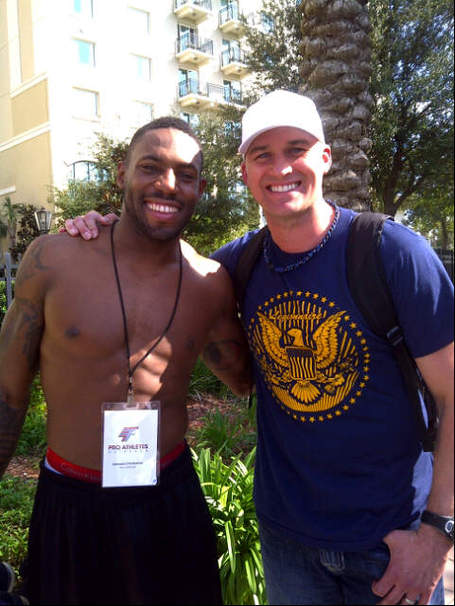 The two let the world know the beef was over using -- what else? -- Twitter. Cromartie had this to say on Saturday.

http://twitpic.com/442o5i" me and @matthasselbeck has had a great time at PAO. He's a great guy to know.less than a minute ago via Twitter for iPad

And with that, peace was made -- without the two throwing down when they saw each other for the first time since their Twitter spat. Good for both of them for working out whatever silly differences there were. Life's too short to duke it out and talk serious smack over Twitter.