What is the fuel that drives Seattle Seahawks running back Marshawn Lynch to go into 'Beast Mode?" It's skittles of course. And after his ridiculous run Thursday night against the Philadelphia Eagles followed by his impromptu skittles commercial, the candy company has reportedly offered him a 2-year endorsement deal with all the fixings.

Make the jump to learn more.

I mean, NFL players have eaten some weird things on the sideline before, but you don't see Mark Sanchez getting a Hebrew National sponsorship do you?

Hopefully, Lynch willl get the hookup for everyone, sort of like this man here: 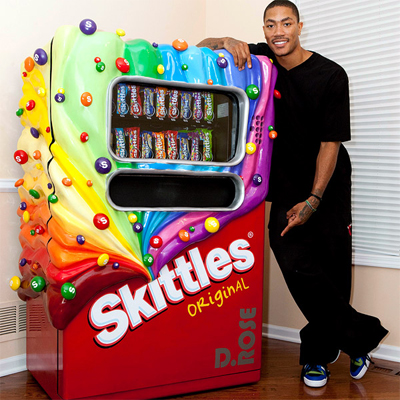 For more on the Seahawks, head over to Field Gulls.