Breaking down a nice play from the Seahawks Sunday win against Baltimore.

I'm not going to wax poetic too much about this play but a throw by Tarvaris Jackson in the middle of the 2nd quarter was a thing of beauty. Moving to his left, he lofted a bomb to Doug Baldwin that found its way perfectly located head-high so the rookie receiver could make the catch in stride. This throw was made with a partially torn pectoral muscle and with a rather large human being, intent on his destruction, in hot pursuit.

Let's look at how it went down, and if you please, you can watch it here.

3rd down and 9 with the Seahawks backed up into their own end. The Hawks hold a tenuous 10-7 lead and are looking to maintain their momentum by extending the drive. Darrell Bevell dials up a three wide receiver look with Justin Forsett in the backfield. Forsett motions down and left and prior to the snap is even off the line with tight end Zach Miller on the opposite side.

I've outlined the routes that each receiver will take. Sidney Rice, at the top of your screen, is going to run deep sideline route and to his left, split end Doug Baldwin is going to run a deep post route that he veers off of and heads to the sideline to help his quarterback out.

Mike Williams, at the bottom, will run a slant and Zach Miller and Justin Forsett will be shallow release options for Tarvaris Jackson. 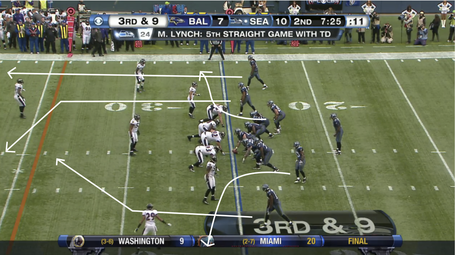 On the defensive side of things, upon the snap you'll see the Ravens run a stunt, pictured blow, and get solid pressure onto Tarvaris Jackson. 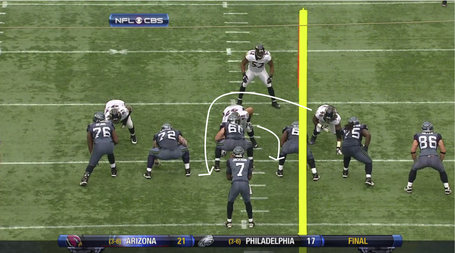 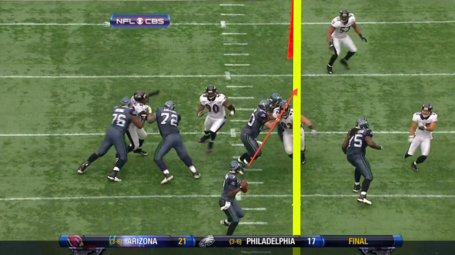 Above, you can see the stunt works well, and Robert Gallery doesn't recover quickly enough to close the gap in the line. Tarvaris looks to his best buddy Sidney Rice first, but seeing that he's not open and the Ravens are coming fast, Jackson reacts. 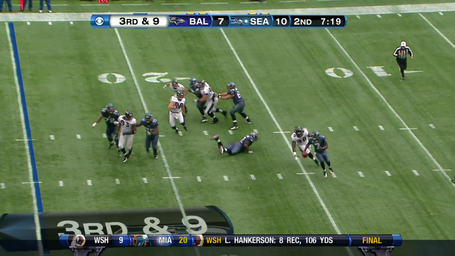 He rushes out of the pocket and eludes the pressure. He drifts to his left and makes a gorgeous throw downfield to a streaking Doug Baldwin. 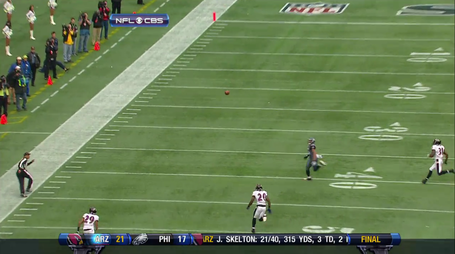 Baldwin makes the catch in stride and moves downfield 10 or 15 more yards for a 50 yard gain. This puts the Seahawks into scoring range and three plays later, Steven Hauschka connects with a 38-yard field goal. It just brings a tear to your eye, doesn't it?