The Seattle Seahawks beating the New York Giants in the Meadowlands apparently surprised everyone, even the guys in charge of taking your money for the game. Anthony Carvalho was at the Wildfire Casino in Las Vegas, and he found this gem from what looks like a sportsbook. 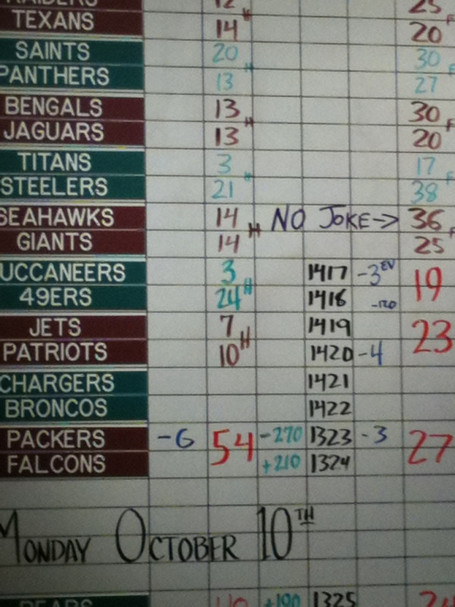 Can't imagine Vegas could have been that happy at having to give up the Seahawks money-line bets for this one, as they were nearly double digit underdogs. Doubt the Giants will be held in high esteem much longer by the bookies if they have results like this one.

To discuss the game with Seahawks fans, go to Field Gulls.