Tom Cable Ripped By Al Davis And Hired By Pete Carroll, All In A Day

Share All sharing options for: Tom Cable Ripped By Al Davis And Hired By Pete Carroll, All In A Day

It's just a typical Tuesday for new Seattle Seahawks offensive line coach Tom Cable. Earlier in the day, Oakland Raiders owner Al Davis rolled out from wherever he's been hiding to announce Hue Jackson as the Raiders new head coach. As is the norm with Davis, he took the time to volley shots at his former head coach: Tom Cable.

To say the job with the Seahawks is a step up, despite his new role as an assistant, would be an understatement. After the jump, let's compare the past and present, in visual form. 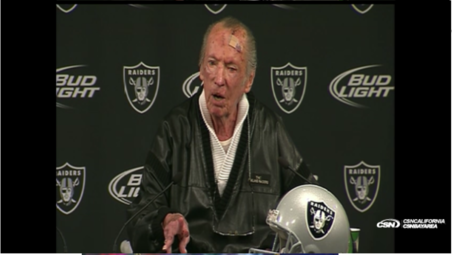 There's no denying what Davis has done for the sport as the owner of the Raiders. At this point, however, his press conferences have become a sideshow, with reporters anxiously waiting to see what he does next on the rare occasions he meets with the media. Today was one of those days, and Davis didn't disappoint, attacking Cable over finances and personal matters, all at a press conference called to introduce his new head coach.

In Seattle, not only does Cable get a fresh start, he also gets a fresh face. 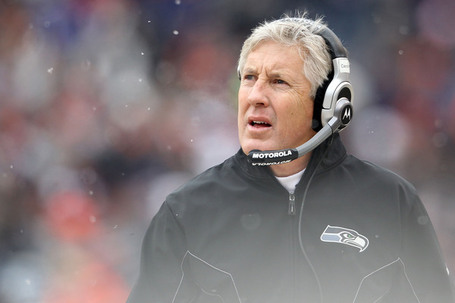 That's the face of a 59-year-old man, ladies and gentlemen. Carroll has the youthful looks and vigor of a college student, all while on the cusp of his 60s.

Carroll demands respect, and has shown a willingness to make swift changes if the job isn't done right, or up to his standards. Still, his demands are nothing compared to those of Davis. Carroll has his moments, but Cable is entering a happy situation with less responsibility and should be better off because of it.