Share All sharing options for: Photos: UW's Big Dunks Not Enough To Subdue Fervent Seattle U Fans At KeyArena

As Seattle University coach Cameron Dollar said after the game, the Washington Huskies' talent simply overwhlemed the Redhawks, particularly in the post.

It didn't appear to matter whether the Redhawks double-teamed... 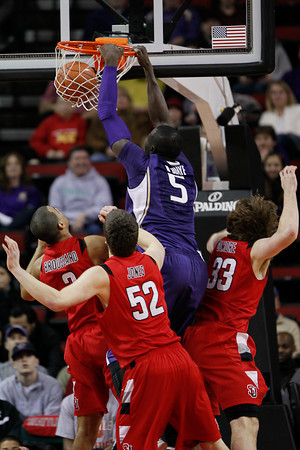 ...they just couldn't hang with the Huskies inside.

But to Seattle U's credit, in addition to playing hard, their fans were in top form. The record crowd of 11,386 people included a mix of Huskies and Redhawks fans - as well as local basketball fans - but Seattle U fans were consistently engaged after the opening whistle blew. 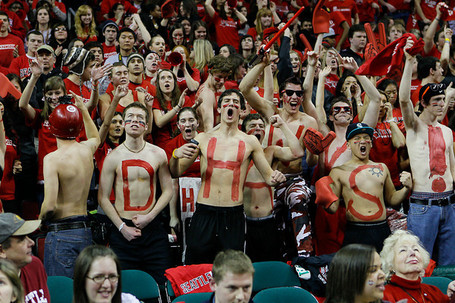 That is certainly not a knock on Huskies' fans: without a doubt, the Dawg Pack is one of the best fan sections in the Pac-10. But last night, the growing Division I program on Capitol Hill represented.

All photos above are by Kailas Images. Click here for a full gallery.

UW vs. Seattle University: Huskies Use Strong Second Half To Win 95-74