The city of Seattle is hosting a rally this afternoon to help drum up momentum for a new arena that would house an NBA franchise for years to come. This is an area that really misses their Super Sonics, and the fact that the Oklahoma City Thunder are playing so well right now only rubs salt into the wound. Fortunately for the basketball and arena advocates in the area, there have been talks for months of hoops returning to Seattle in the near future.

There are a ton of things to do at the rally and thousands of folks turned out for the event. The guys at Sonics Arena are live blogging the event and have a few great photos.

Here is a young kid who has a pretty sweet design cut into his hair: 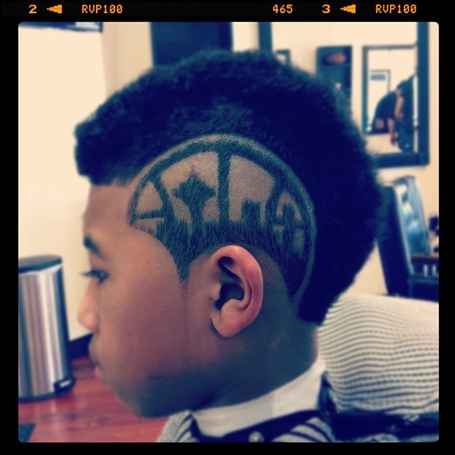 There are also numerous NBA players expected to attend, including Gary Payton and Slick Watts. Here is a photo of Watts interacting with some fans at the rally. 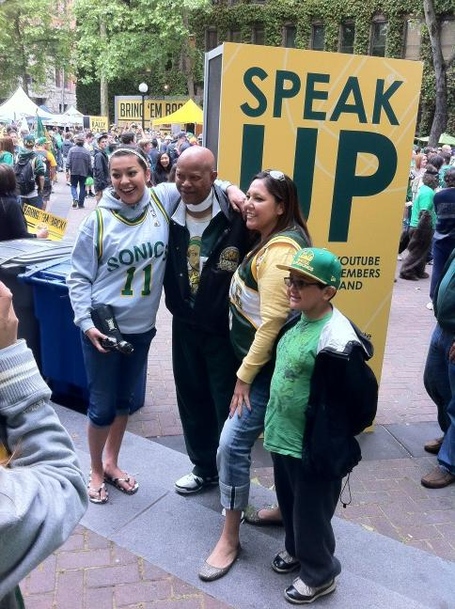 Via Chris Daniels of King5News.

This really does seem like a great event and we can only hope it encourages those making decisions about the arena to push harder and harder for funding. The rally will wrap up around 6 p.m. tonight.

Be sure to check out SonicsArena.com for more photos and updates throughout the day.

For more up to date news and analysis on the new arena, make sure to follow SB Nation Seattle's StoryStream.