The Dallas Mavericks went out and had themselves a grand time after winning the NBA championship on Sunday night. Mark Cuban, Dirk Nowitzki, Jason Terry and the rest of the team took the Larry O'Brien Trophy to the club in South Beach, and partied like there was no tomorrow on Cuban's dime. The bill included 100 bottles of expensive champagne, as well as the biggest bottle of bubbly in the world. 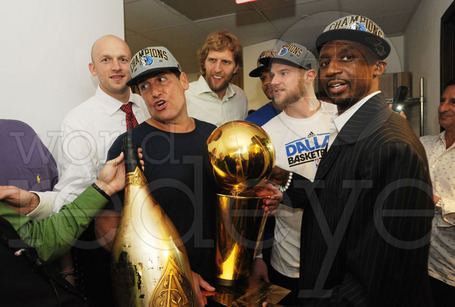 The full gallery comes from World Redeye and features a bevy of hilarious photos from the celebration. Like this one, for example. 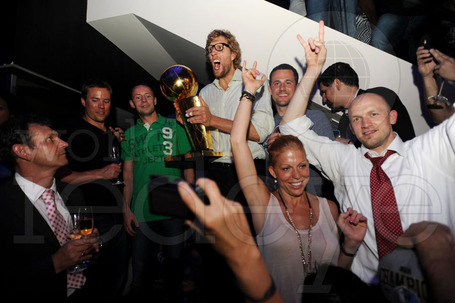 But seriously, check out the whole gallery and play "spot the drunk Dirk" and "where's the Larry O'Brien Trophy" with the photos contained therein. It's a miracle the trophy didn't get lost or turn up missing after a marathon party and countless bottles of champagne at the club.

Oh to be an NBA champion.