The Dallas Mavericks headed from the arena to the club following their NBA Finals win over the Miami Heat on Sunday night and took the Larry O'Brien Trophy with them. With a contingent that included Jason Terry, Jason Kidd and Mark Cuban, the Mavericks decided to stick around South Beach and party like you'd expect a team that just won the NBA championship to do. And with the trophy? Well that just makes the celebration even better.

Jason Kidd seemed to be enjoying himself, hamming it up for the crowd with the O'Brien Trophy at his feet. The picture of Terry partying with his new friend, taken by Terrence J, is just priceless. 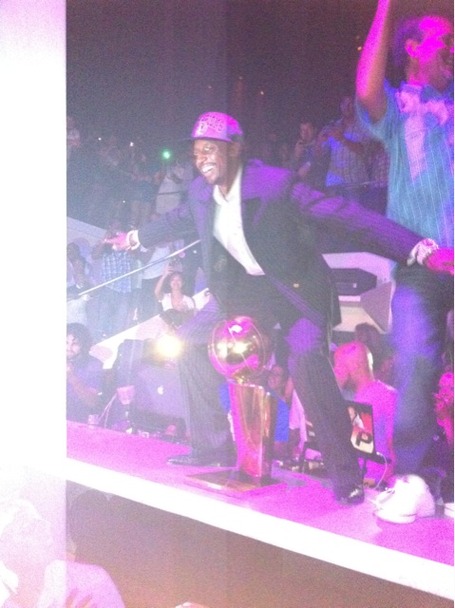 You can't help but smile watching Jason Terry stuntin' with the trophy. After all the talk back-and-forth and all the hard work, Terry got his ring, and was giddy like a kid following the game. Something tells me the Mavs will be celebrating for quite some time.