Share All sharing options for: Nate Robinson Has A Pretty Impressive Green And Gold Basketball Court

Mike Williams was at Nate Robinson's house last night, according to his Twitter account, and he tweeted out a picture of the impressive basketball court in the backyard. The court is green and gold, and features Robinson's initials on the shield at halfcourt. The key is painted in the same colors, and has some kind of lettering inside the foul line. And it sure looks like the Sonics' green and gold colors to me. 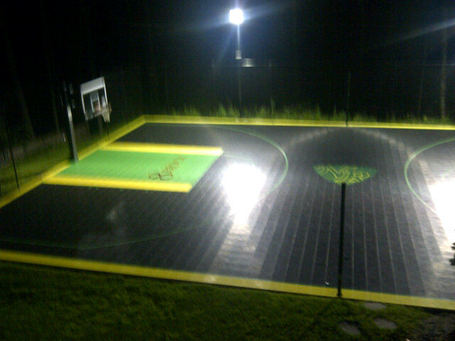 Via Mike Williams' yfrog account. Is it just me or is that hoop a little low? 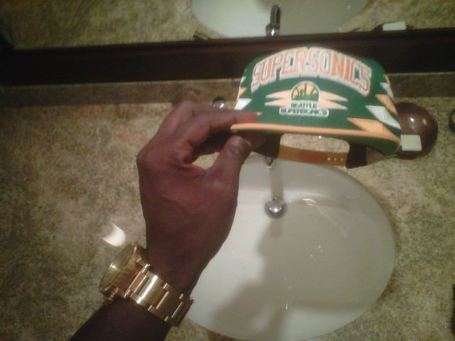 Between Williams and Robinson, green and gold love is still alive and well with athletes from the city, or adopting the city after taking up residence here.