It shouldn't come as a surprise that Blake Griffin has something special up his sleeve for Saturday night's NBA Slam Dunk Contest. After all, Griffin is, arguably, the most electrifying player in the NBA right now, putting on a show every time he takes the floor. From full-court alley-oops to ferocious dunks, Griffin has been a one-man wrecking crew for the Los Angeles Clippers in his rookie campaign. 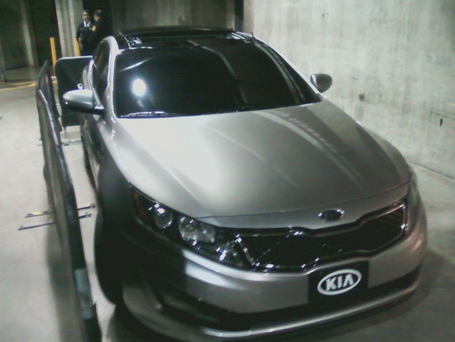 via SB Nation's At The Hive

Again, nothing has been confirmed, but the rumor floating around all day has been that Griffin plans to hop over a car. Judging by how he's been leaping this season, would it surprise anyone if he jumped over the length of it? Of course it wouldn't.

At any rate, this alone should be worth the time to tune in. The 2011 NBA Slam Dunk Contest gets underway shortly on TNT. Griffin, JaVale McGee, Serge Ibaka and DeMar DeRozan hit the court at Staples Center to do battle with bragging rights on the line.

For more on the festivities, check out our 2011 NBA Slam Dunk Contest StoryStream.