The statue of Dave Niehaus is complete, and was unveiled on Friday afternoon at Safeco Field. Niehaus' statue will reside on the outfield concourse at Safeco Field, giving fans a chance to remember the Seattle Mariners' legendary announcer. Niehaus passed away suddenly last year, leaving the Mariners and their fans shocked and saddened. The statue is part of a long list of tributes to Niehaus this season, including a commemorative patch worn by the team.

Here is the statue, surrounded by the Niehaus family. 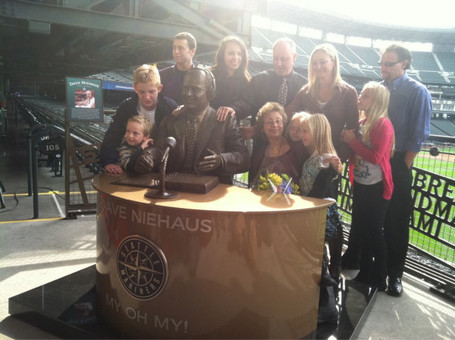 After the jump, a look at the ironwork behind the statue, which serves as a tribute to his most famous call. 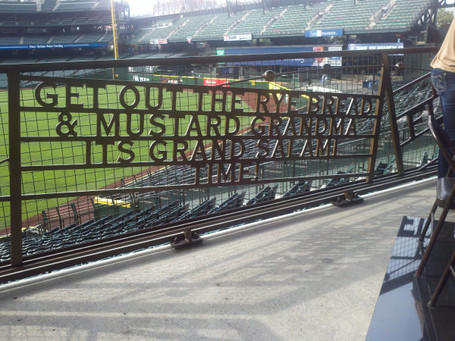 If you're at Safeco Field, visit the Niehaus statue and check it out. It's located on a landing on the outfield concourse on the edge of section 105 in right field.

For more on the Mariners, head over to SB Nation's Lookout Landing.