Franklin Gutierrez Is Not From Europe, Nor Is He Greg Halman

Share All sharing options for: Franklin Gutierrez Is Not From Europe, Nor Is He Greg Halman

I know what ESPN was trying to do here, but by forgetting to double-check a photo, the giant article on Major League Baseball players from Europe looks a little foolish. You see, the Seattle Mariners do have a player from Europe in Greg Halman. The Mariners also have a player from Venezuela in Franklin Gutierrez . While the two share an outfield, they most certainly are not the same person.

To explain, this is the photo that accompanies the story about baseball in Europe (click to enlarge). 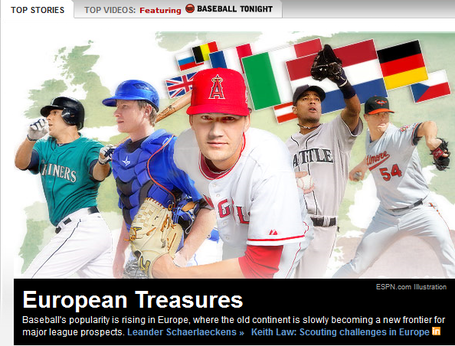 But the story would be no fun if we didn't explain how this happened.

First, here's the original photo, which was taken on June 9 by a Getty photographer. 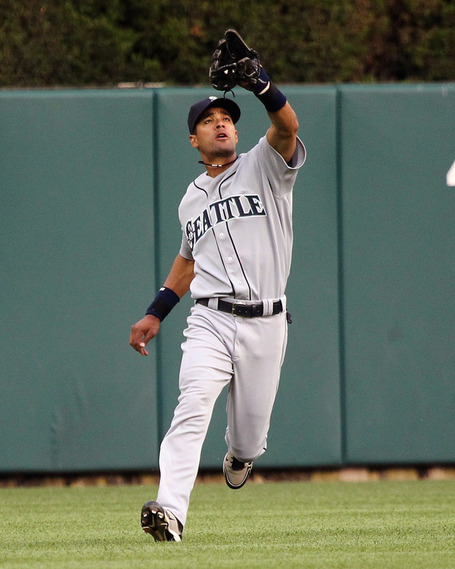 Now, here's a photo of Halman, also taken by a Getty photographer during the same game. 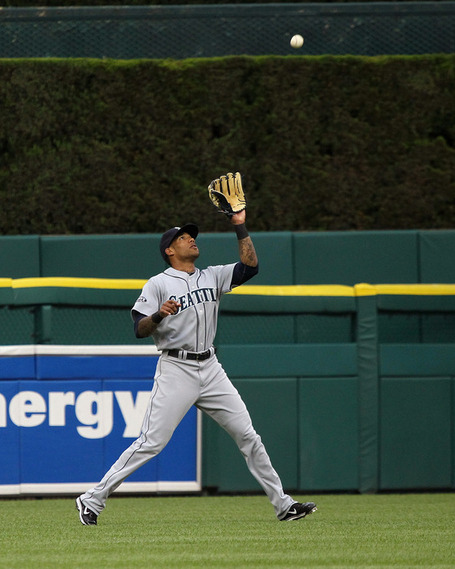 Notice the color of the gloves and tattoos on Halman's arm. We've now established that the two pictures are different and the first photo is not of Halman.

So what happened? The perils of trusting a caption. This is what the caption attached to the first photo, which is of Gutierrez, reads:

DETROIT, MI - JUNE 09: Greg Halman #56 of the Seattle Mariners makes a running catch during a MLB game against the Detroit Tigers at Comerica Park on June 9, 2011 in Detroit, Michigan.  The Tigers defeated the Mariners 4-1  (Photo by Dave Reginek/Getty Images)

And, surprise! It's the same caption used for the second photo.

Caption mistakes happen, which is why it's always best to double- and triple-check a photo, especially when it's being plastered prominently across multiple sections, including the front page, of ESPN.