The Seattle Mariners broadcast crew had a chance to inspect the Dave Niehaus statue that will permanently reside outside of Safeco Field following its unveiling later this fall. And though it's not quite the finished product yet, it's safe to say the statue will be as beautiful as advertised, and catches the essence of the Mariners Hall of Fame announcer. 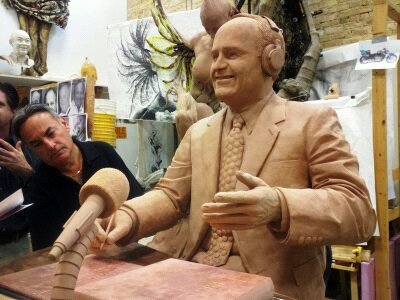