The King's Court at Safeco Field has turned into the place to be in only its second game in existence. The first time out, a jester showed up in the court and on Thursday night, things took a turn for the weird, and awesome. At some point during the game, a man dressed as Larry Bernandez was presented with a turkey leg by a man dressed in full chef garb.

Check out the photo after the jump. 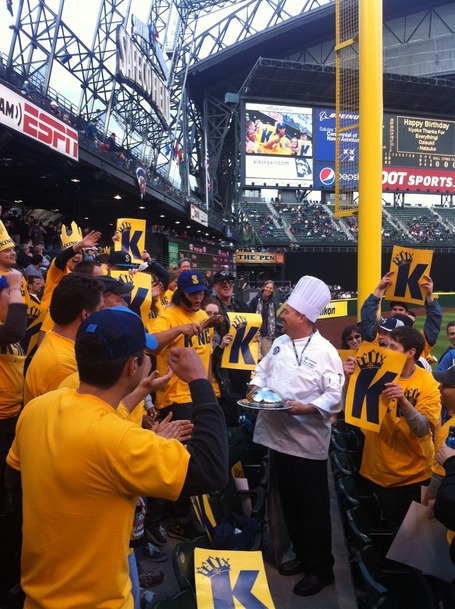 Via @Mariners. I have no idea what's going on here, but it looks like an amazing time.