Cheney Stadium, home of the Tacoma Rainiers, underwent an extensive, $30 million renovation over the winter. On Saturday, the Rainiers held an open house, introducing their new and improved home to the world.

Cheney Stadium is a source of many of my childhood memories, but the home of the Tacoma Rainiers -- Triple-A affiliate of the Seattle Mariners -- was well-overdue for a facelift after turning 50-years-old this past season. So immediately following the completion of the Pacific Coast League regular season, construction on the aging stadium next to Henry Foss High School began in earnest in an effort to bring the stadium up-to-date and make it one of the finest minor league ballparks in the land. Just about seven months later, the Cheney Stadium renovation is complete, and the Rainiers are ready to break in their new digs.

On Saturday, the Rainiers hosted an open house, allowing the public to get a look at their new and improved home for the first time. While I wasn't able to go, my dad was, and snapped plenty of pictures of the renovated Cheney Stadium. Needless to say, I was blown away by the $30 million project that took the aging ballpark and turned it into a state-of-the-art facility.

Many of my fondest memories came from Cheney Stadium, where I took in plenty of ballgames along the third base line, both as an occasional customer and one-time season ticket holder. The intimate setting and chance to see some of tomorrow's stars makes minor league ball a great experience, and exposes fans to the game without the hassle of skyrocketing prices that come with attending a big-league game.

While the old Cheney Stadium was great, and a place filled with nostalgia, the renovated stadium still has the same, intimate feel with all the modern amenities needed to attract new fans while giving the Raniers a up-to-date work environment. The job done over the winter was truly remarkable, and the result was a beautiful ballpark residents of Western Washington can be proud of.

The grand entrance is in stark contrast to Cheney Stadium's old home plate gates. The complex got an extensive face-lift, including a new press box and the addition of luxury seats. 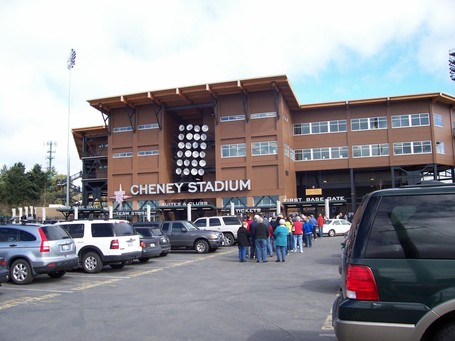 The field itself was renovated, as well. The signature high wall in center field is still there, but the left field wall was shrunk. 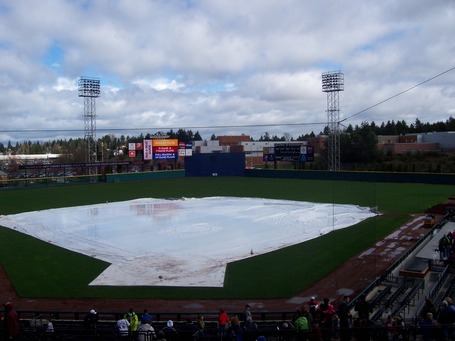 Premium seating was a big addition, and in the background you can see the new luxury seating complex. Above, television monitors provide another way for fans in the upper section down the right field line to watch the game, or catch a replay of an outstanding play. 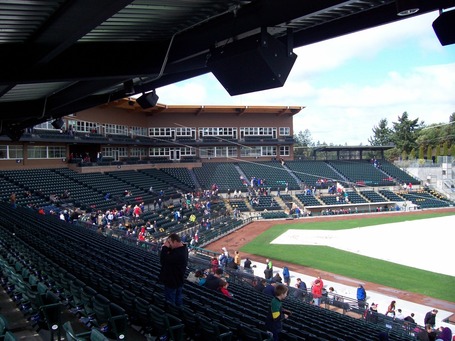 The two-tiered luxury box section includes seating indoors and out, a big change for Cheney Stadium. In the past, the complex behind home plate was lacking, with room for offices and the press box, but little more. 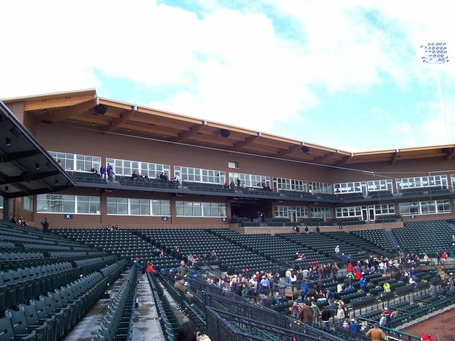 What good is a ballpark without a high-tech scoreboard? Gone is the scoreboard of old, replaced by a high-tech Jumbotron in left-center field. 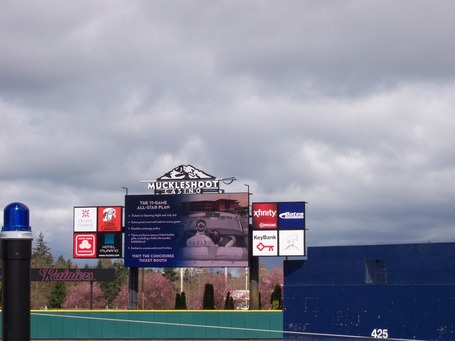 In place of the right field bleachers and beer garden many of us adored, you can now find a patio area and sloped grass area, a big change from the past. 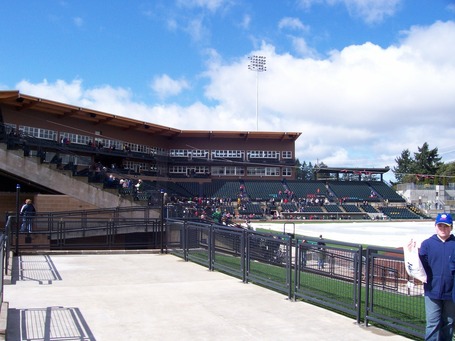 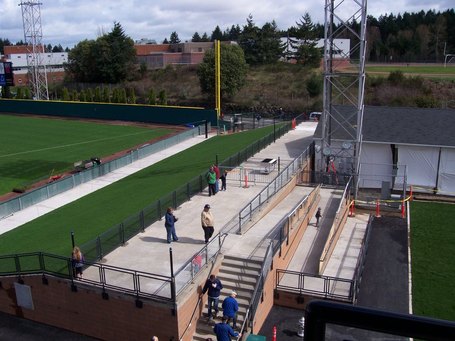 No photo tour is complete without a look at the bathrooms. 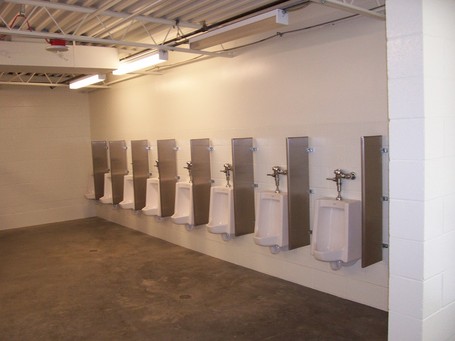 The Tacoma Rainiers open the season on April 7 as they head to Sacramento to take-on the River Cats. The 2011 home opener is set for April 16 as the River Cats come to town to christen the new-look Cheney Stadium. First pitch is scheduled for 7:05 p.m.