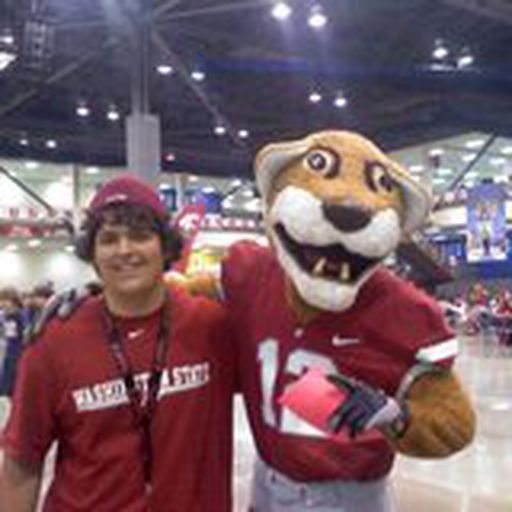 Jeff was born and raised in the Seattle area. He grew up a Seattle sports fan and fell in love with all things Mariners, Seahawks, and college sports. Jeff is 18 and is currently a freshman at Washington State University. He plans to major in Broadcast Communication from the Edward R. Murrow College of communication and want to get a job in sports broadcasting in the future. Jeff also writes a column for the WSU student newspaper "The Daily Evergreen" that appears both online and in the paper (almost) every week.

David Stern On Clay Bennett: 'I Don't Think There's Any Conflict At All'

One of the best basketball finishes ever is capped by a fantastic call on the mic by a Spanish announcer.

Tonight's Washington vs. Washington State game could go a long way towards seeing who is going to make the NCAA Tournament.

The final stretch run into Selection Sunday is upon us. We take a look at where some of the most reliable sources in bracketology place our favorite teams.

Bracketology 2011: Washington State Looks Towards The NIT, Washington Hopes To Avoid That Fate

Bracketology 2011: How Can The Cougars Break Into The Tournament

Washington State has had an up and down year, but all of their hope hinge on the final couple games of the season. How can The Cougars make it into the NCAA Tournament?

Bracketology: Washington Falters Again And Washington State Fights Their Way Back To The Bubble

With Selection Sunday just a week and a half away, we start to step up our Bracketology coverage. Today, we take a look the latest bracket projections from bracketology leaders from around the internet.

Bracketology: Will Heartbreak For Huskies Cost Them Positioning?

Washington suffered a heartbreak in the desert on a national stage. Does that loss hurt them in seed projections when it comes to the NCAA Tournament?

It's time for a new TV contract in the Pac-12. We take a look at where the deal could go and what it means for the Pac-12 network.