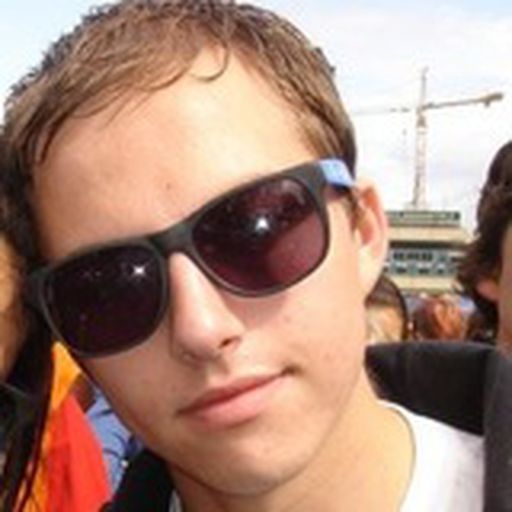 I've spent the past four years covering football, basketball, track, women's soccer, women's golf and baseball, all at the collegiate level. I also interned at 710 ESPN Seattle on the Kevin Calabro Show and worked at Hollister Inc as a "model" where I convinced parents their children would love them if they bought overpriced T-shirts. When not talking or writing about sports you'll often engrossed in one of my first two loves: Alaskan Amber and South Park. I've lived in Seattle's U-District for four years now and have never even SEEN a mugging (Shout out to the Spokesman Review's Christian Caple). I'm fluent in over six million forms of communication, but never really grasped Spanish. Oh, here's my list, just in case you wanted to ask. 1. Kanye 2. Tupac 3. Bruce Springsteen 4. Lupe 5. Pearl Jam 6. Early Puccini (Before he sold out) 7.My roommate Bill's shower EP 8. Billy Joel 9. Nas 10. Biggie Follow me on Twitter: @Jacob_B_Thorpe

A blowout of Colorado could set stage for huskies

The Washington Huskies must win big at Colorado to keep season-ending momentum going and to set the stage for a strong season in 2013.

A win over Utah would give UW bowl eligibility, but a win with ease would change the way the Huskies are viewed.

Huskies can prove they’re #2 in North with a win

For Steve Sarkisian to prove he's the long-term answer at head coach for Washington he needs to continually improve the program and thus far, he's done that.

Mike Leach's latest move to ban his players from using Twitter has skeptics questioning if he's gone too far.

Huskies must run the ball to to succeed on offense

Sitting at 3-4, the Huskies still have a chance to make a season of it, but it will take some drastic changes, while the team licks its wounds from a brutal 52-17 loss at Arizona.

An upset of USC would put Huskies in good position

For all the apprehension surrounding the schedule and unease regarding whether or not quarterback Keith Price will begin to play as well as he did last season, it's easy to forget that the Huskies are ahead of schedule.

Embrace The Hate: The Washington-Oregon Rivalry

Despite Washington's lack of recent success against Oregon, the hate that fuels the bitter rivalry remains strong.

Is the Washington Huskies' defense for real?

Justin Wilcox has the Washington Huskies playing great defense, but are they for real?

Following a dominating win over Portland State, and a bye, the product Steve Sarkisian puts on the field against Stanford will tell us who the Huskies really are.

Washington Huskies Vs. LSU Tigers: A Rematch Between Improved Teams

Back in 2009, when Washington faced off against LSU, it signaled the start of a new era in Husky football. Fresh off a 0-12 season, the Huskies had an energetic new coach, Steve Sarkisian, who had previously been the offensive coordinator at USC.