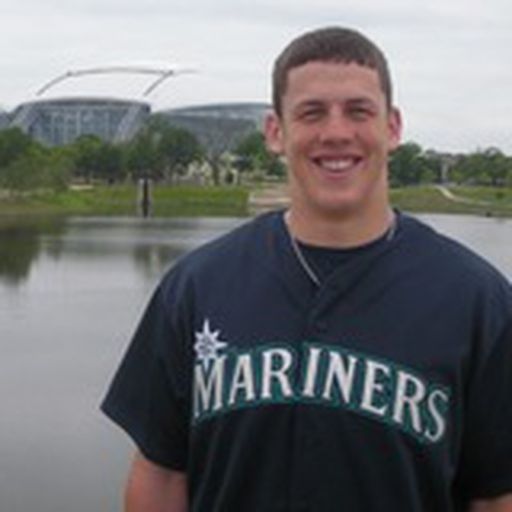 I'm a 21-year-old student at Baylor University and was a member of the Baylor football team for two seasons (and yes, was teammates with Robert Griffin III). I hail from Redmond, WA and am an absolute die-hard fan for all Seattle sports teams. I'm a journalism major at Baylor and my professional goals are to work in the Seattle sports media for a living. Football and the Seahawks are my biggest sports passions, but I love pretty much all Seattle sports. I graduated from Redmond High School and played football, basketball, and baseball. Also, I can bench press 365 pounds. No big deal.

LeBron James: The Stratospheres of Stardom

The NBA Finals and the evolution of LeBron James.

Mariners At A Pivotal Point In The Season

The M's are on pace for around 70 wins this season - at what point do they eschew their use of stopgap players and commit to the rebuild fully?

Competition breeds success. But success can also be attained by the simple things. Confidence, trust, and focus are all parts of the Win Forever philosophy.

Mariners Continue Rebuild; Which Players Are Part of the Future?

Several questions can asked about this young Mariners' lineup. Which young players will actually become franchise mainstays and stick with the team? Conversely, which M's simply do not have the skill to succeed at the MLB level?

Local product Donny Lisowski wowed the Seahawks' coaching staff so much at the team's Rookie Mini-Camp that they signed him to a contract. He'll try to impress them enough now to make the final 53.

The Seahawks host 10 drafted rookies, another 10 signed rookie free agents, plus some 30+ players on tryouts to the VMAC this weekend for the team's Rookie Mini-Camp.

NBA Playoffs: A Seattle Point-of-View of the OKC Thunder and their Possible Run to the Finals

A lot of Seattle NBA fans have a love-hate relationship with their former team.

The Upside of Bruce Irvin and Trusting the Front Office

The first pass rusher off the board in the 2012 NFL Draft went to the Seattle Seahawks. Only, I bet it wasn't the name you thought it would be. Quinton Coples? Nah. Melvin Ingram? Nope. Chandler Jones? Negative. How about some Bruce Irvin? Yes, please.

Upgrading the Seahawks' Linebackers Through the Draft

A look at the Seahawks situation at linebacker, and what they might do in the draft to address their needs there.

NFL Draft 2012: Possible "Out of the Box" First Round Picks for the Seahawks

NFL Draft 2012: Possible "Out of the Box" Seahawks First Round Picks