Sounders FC star Fredy Montero paid tribute to Felix Hernandez on Saturday night after scoring a goal in the second half in a match against the Vancouver Whitecaps at CenturyLink Field.

Montero emulated Hernandez's post-perfect game celebration by pointing his two arms into the sky and looking up with one leg off the ground.

Dubbed "Felixing" by the Seattle Mariners organization, the trend has inspired fans and other local celebrities to photograph themselves striking the pose to pay tribute to Hernandez's special feat. See some photos after the jump of "Felixing."

A side-by-side comparison of King Felix and Montero: 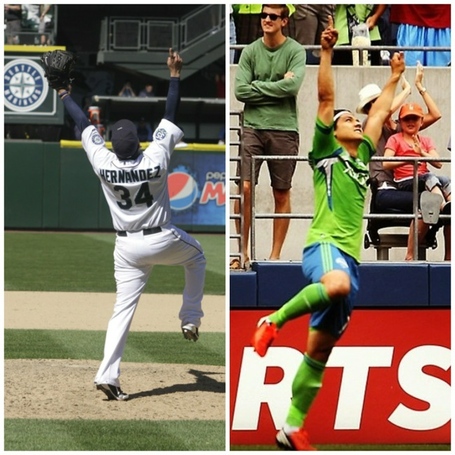 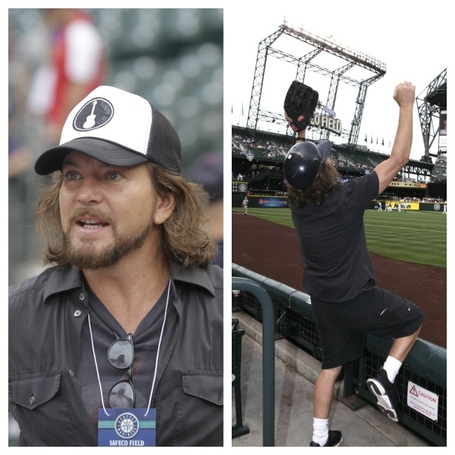 And here's a picture of one more local musician Felixing, Death Cab for Cutie's Benjamin Gibbard: 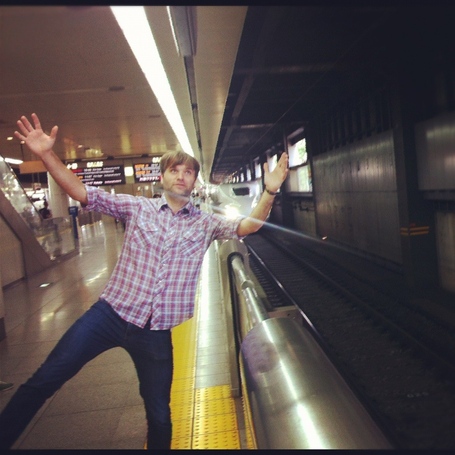 For more on Felix Hernandez and the Seattle Mariners, head over to Lookout Landing.