Ray Allen And Rashard Lewis Reunited On The Miami Heat

Share All sharing options for: Ray Allen And Rashard Lewis Reunited On The Miami Heat

The last time Ray Allen and Rashard Lewis were teammates was the 2006-07 season, when they were both members of the Seattle SuperSonics. During the 2007 offseason, Allen was traded to the Boston Celtics for the rights to draft Jeff Green, and Lewis was dealt to the Orlando Magic in a sign-and-trade for a draft pick and a trade exception.

Six years later, both of these aging shooters find themselves on the Miami Heat for another chance to chase a ring.

While Allen's production has dipped with age (his three point percentage is up to an impressive 45%, but his scoring has been dipping each season) it hasn't fallen off a crater like Lewis, who barely hit 23% of his threes last season. Allen and Lewis figure to be bench players in Miami though, so their job will just be to complement LeBron James, Dwyane Wade and Chris Bosh as scorers to try and nail wide open threes.

You have to figure Seattle fans are happy, since a better and stronger Miami squad makes it even harder for the Oklahoma City Thunder to win a championship. 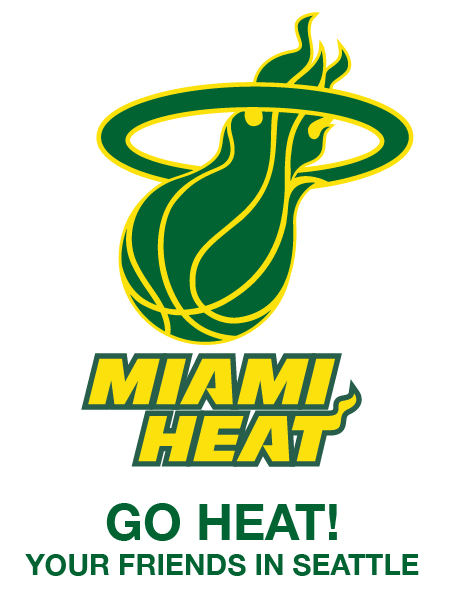 Talk about Lewis and Allen with Heat fans at Peninsula is Mightier.