Seattle-based graphic designer Bobby Bernethy re-posted a clever photo on his tumblr on Wednesday night after the Oklahoma City Thunder beat the San Antonio Spurs to advance to the NBA Finals. Bernethy's image is inspired by one of Lululemon's famous taglines, "Keep Calm and Carry On."

While this phrase finds it way usually on facebook status updates, tweets and posters in college dorm rooms, sometimes it has been used for other means. And in Bernethy's case, he uses it to calm the anger of disgruntled Sonics fans.

See the image after the jump. 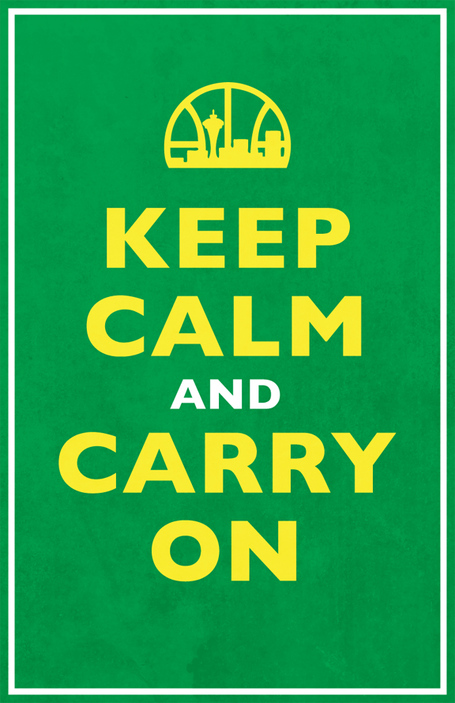 Bernethy's accompanying text with the photo:

As good a time as any to repost this one.

Right you are Mr. Bernethy. Although, I do not know how useful the phrase would have been during the immediate moments following the Thunder's victory on Wednesday. Several fans took their rage to twitter and stayed angry and carried on with that anger the entire night. Anyways, keep calm and carry on Sonics fans, these next few weeks might be painful.