Share All sharing options for: MLB Reveals Mariners Throwback Uniforms For Turn Back The Clock Night

The Seattle Mariners official twitter account tweeted out a link to a picture of the team's throwback uniforms for a game against the Los Angeles Angels later this month.The M's will wear retro Rainiers uniforms while the Angels will wear their old Pacific Coast League uniforms. Both teams will rock these throwback threads on Turn Back The Clock Night on Saturday, May 26th at Safeco Field. 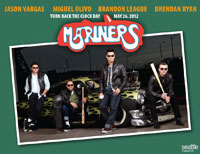 See the picture of the retro uniforms after the jump. 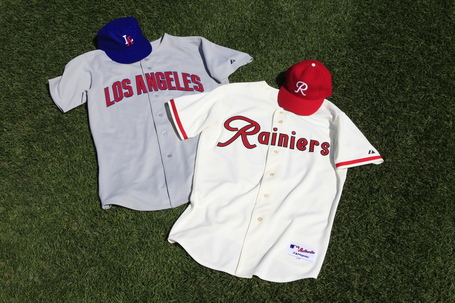