The shots were not falling for the A.C. Davis Pirates in Saturday's class 4A state championship game. However, the Pirates (23-2) used their defense and some timely shooting to beat the Central Valley Bears, 48-42.

Davis' state championship victory at the Tacoma Dome on Saturday afternoon was its first since 1965.

The Pirates shot a dismal 28.3 percent from the field, but stayed aggressive and shot 14-for-22 from the free-throw line. Central Valley (22-4) held a 19-18 halftime lead, but was held to seven points in the third quarter and fell behind 31-26 entering the fourth quarter.

Devonte Luckett, a senior forward for Davis made a baseline jumper with 2:32 remaining in the game that gave his team a ten-point lead.

Central Valley struggled in the second half to penetrate and convert in the paint. The team shot 13.3 percent from three-point range with guards Austin Rehkow and Dustin Dach only converting 2-for-13 from beyond the arc. The Bears were also hurt by 15 turnovers with Davis totaling eight steals in the effort.

Luckett led his team with 12 points and three rebounds. He was named to the All-tournament team after averaging 18 points a game in the tournament. Luckett combined with senior forward Levonte Allen were stalwarts defensively, making it difficult for Central Valley's guards to convert easy shot attempts.

"Every play is important. Every little thing you do can create a big thing," said Davis head coach Eli Juarez.

Davis benefitted from 17 second-chance points and a 17-11 offensive rebounding edge over Central Valley.

Davis senior David Trimble finished with 10 points, eight rebounds and a game-high six assists. The senior leader was named to the all-tournament team after being the catalyst in involving his teammates. Davis freshman Raymond Navarro also added 11 points of his own and was 2-for-5 from three-point land.

"They got some second chance shots that hurt us. That was the difference in the end," said Central Valley head coach Rick Sloan.

Central Valley Guard Gavin Deyarmin had a game-high 13 points and also pulled down nine rebounds for the Bears. Deyarmin was named to the All-Tournament team. Other than Deyarmin, no other Central Valley player scored double-digit points.

Davis blew out Bothell 79-45 in the quarterfinal round on Thursday and then squeaked by Bellarmine Prep 52-46 on Friday. The PIrates won 19 straight games to end their season. 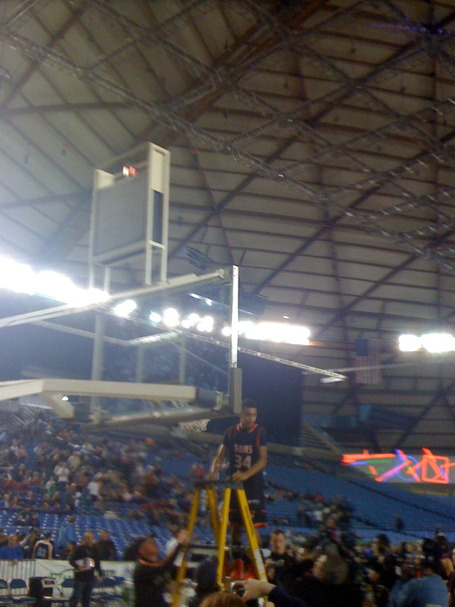