NFL Films has been present for every snap of every NFL game ever played. Their dedicated crew of filmmakers has documented innumerable plays and thousands of touchdowns. The people have spoken, and have voted Marshawn Lynch's "BeastMode" touchdown run agains the New Orleans Saints in the 2010 playoffs the Best Touchdown Shot in the history of NFL Films. That's actually pretty damn impressive.

Steve Young's touchdown had a great run through our tournament, including knocking off the #2 seed-The Music City Miracle-in the second round. But ultimately, the people spoke and Young couldn't handle Lynch's stiff-arm spectacle.

Receiving 93% of the vote, Lynch's touchdown run-as voted by you, the fans-will be in our Vault as the Best Touchdown Shot in the history of NFL Films.

Check out the bracket below, and head over to the NFL Films blog to watch... 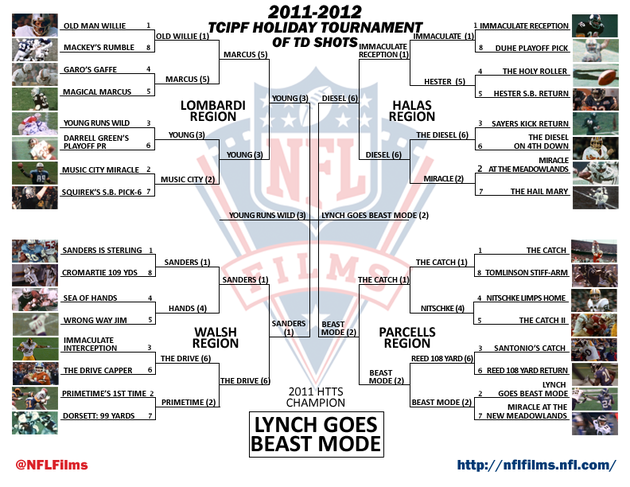