BREAKING NEWS: The Oregon Ducks have new uniforms. This is synonymous with "BREAKING NEWS: Jack the Ripper kills a woman in a dark London alley" and "BREAKING NEWS: Lady Gaga wears Belgian waffle on her head", but for some reason people are always intrigued by every subsequent update. Oh you people.

In this case, Oregon is grayshirting everyone. Military grays I think, greyer than Gandalf the Grey. Take a look at all this grey on display!

First there's the official Nike release, which I'm guessing is what the Ducks will be wearing on opening weekend in Cowboys Stadium against LSU. 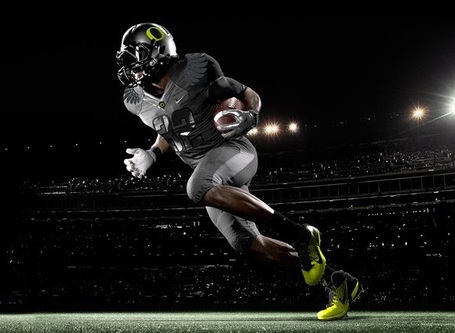 There's also another uniform on display in Vegas which also claims to be the Nike Pro Combat uni that'll be used in Oregon, but sadly it's not as gray. Where has all the gray gone??? 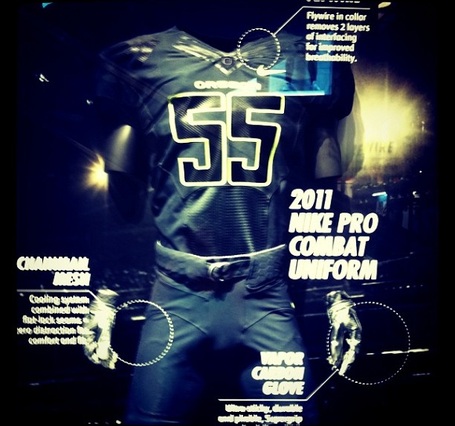 Either uniform looks pretty slick. But I'm fond of the gray. Makes me think of a damp and moist Northwest Pacific afternoon, where the sun doesn't shine because Phil Knight's pile of gold blocks it out.

For more on Oregon football, go to Addicted to Quack.