Idaho Vandals Logo Goes From 'I' To 'V'

Share All sharing options for: Idaho Vandals Logo Goes From 'I' To 'V'

Throw your V's up is the new phrase around the campus of the University of Idaho after the school decided to rebrand its logo on Friday. The major announcement had to do with the logo, which switched from the trademark I to a wavy V. And along with the new logo comes the athletic departments plea for fans to "throw up the V" at events as a way to show that Vandal pride.

If you're wondering what's so special about the logo, here it is: 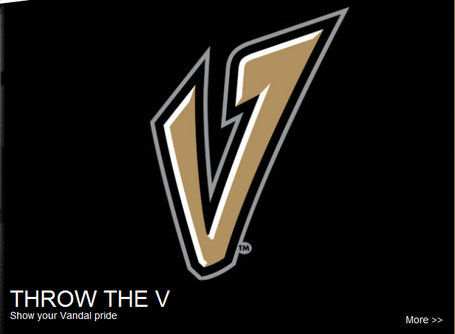 Not sure how well this will go over in Idaho. The old logo seemed just fine, and was what many recognized the Vandals as. Changing letters on a logo is a big change and may require some getting used to.

Then again, this is Idaho, and the Vandals do things their own way. Remember: the student ID is affectionately known as the V-Card, which elicits many a chuckle in the Palouse. So there's that.

Much like Miami throws the U and Oregon throws the O, Idaho now has a V to throw. Big time athletics, here they come.